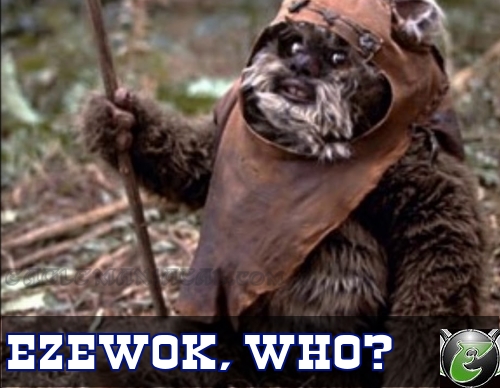 ALL jokes aside, I feel bad for RB Ezekiel Elliott, and RB Melvin Gordon. And for that matter pretty much any football player who holds out seeking more money. I say football player, because holdout situations are more common in pro football. By far.

It’s an indication of a broken system. More on that in just a moment.

Whenever an athlete holds out, the fans almost always side against the guy that they spent years rooting for. Elliott is no different here. People who bought his jersey are now calling him “a diva” and “a baby”. They want him to “just go back and play” on his current contract. Which is hilarious. It will never happen. That’s why Cowboys owner Jerry Jones, quickly made him an offer.

Why do fans want him to go back? Because they feel like their team needs him. Not his back-ups. Not a rookie. Not an aging free agent, who was sitting on his couch, hoping for his phone to ring. Cowboys fans want Elliott. They feel they need him. So if he’s so valuable, why are the fans against him being paid like he’s so valuable? Why not pay “the best” RB, like the best RB? This question vexes me.

You know what? Why not just forget about him, and focus on winning the division with who’s on the roster? LOL. We all know the reason for that. The mediocre QB who wants more money than he’s worth, will be even less than mediocre without his best crutch.

Without signing Elliott, the Cowboys don’t stand a chance of winning the division. Last year they swept an injury decimated Eagles team (9 – 7), and still only finished one game ahead (10 – 6), despite being a mostly healthy team. Without Elliott, the Cowboys go from predator to…

As for the broken system. The primary reason that players hold out, is because they want deals that generally will challenge or exceed the salary cap. So as a matter of sound accounting practice, the first ask practically has to elicit a “No” response from organization. This is S.O.P. Then both sides get into negotiations as to how to make the player’s deal cap friendly.

But hold on! Who decides on what the salary cap is? You? Me? Congress? The ghost of Steve Jobs? No. It’s the owners. This is a self-imposed problem. It’s an artificial cap, imposed by the owners themselves, so later they can say to players “I can’t do nothin’ for you, man”.

For instance, without the salary cap, how easy would it be for the Cowboys (worth 5 billion, remember), to pay Elliott even as much as 14M per year? Doing the math, without the cap, that 14M is .0028% of the team’s total value. Putting that in working class terms (aka you and me money): That’s like you have $1,000 in your pocket, and someone you claim to value highly, asks you for $2.80.

However, with a salary cap, a billionaire can point to the guy who he profits off of, and say,

“Look at him! Isn’t he greedy? He wants more than we have to give! He’s stealing from his teammates.” Mind you, those teammates are also laboring under the manufactured problem, known as the cap.

It’s the old Abbott and Costello ‘Two Tens for a Five’ routine. (It’s just 1:18. Totally worth your time. This smile is on me.)

They get you with the fast talk about Cabo, or an off-hand joke. Meanwhile just beyond your focus, is the blurry world of what’s really going on, i.e. this broken system. A system that’s deliberately being kept in a broken state. I mean, don’t you find it weird that the owners are never responsible for any of the mess that they legislate?