TOLD you that it could get ugly early. This is what happens when you don’t rehearse. Nothing about that game indicated that the Eagles are ready for Week One. By the way, if you were embarrassed with last nights first half, imagine opening the season with a home loss to the Redskins.

QB Josh McCown (17/24 – 70.8% – 192 – 2 – 0) came in and looked better than most would expect, with less than a week to pick up the Offense. I say most, because I’m not most. A 17 year vet, playing against second stringers (albeit with second stringers), managed to make solid reads, in a game with no defensive game plan. While others see two touchdowns, I see fewer than 200 yards on 24 attempts. 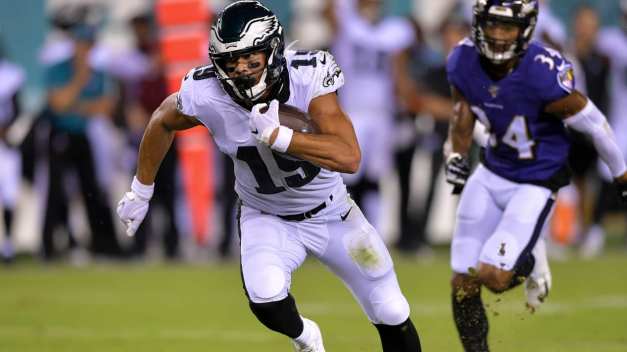 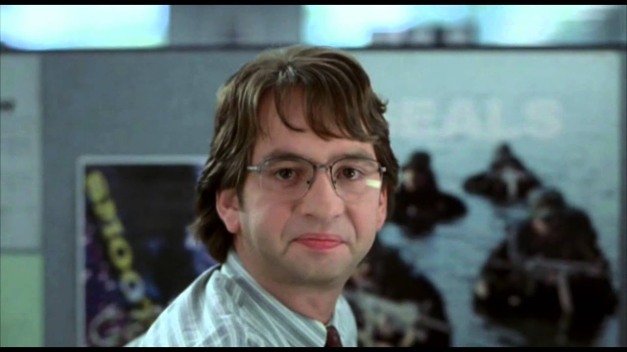 may have made found his way onto a poster or two last night. He’s that guy reaching for the ball, during someone else’s highlight.

While we were mounting a comeback of sorts, the game was (mercifully) ended early, due to a lightning hazard during last night’s storm.

2) Hassan Chop: The stage was set to see if DT Hassan Ridgeway (1 – 0 – 0 – 0) could make his presence felt, and put clear distance between himself and DT Treyvon Hester (1 – 0 – 0 – 0). He didn’t. The result was a pretty mixed bag, as the Ravens run game was contained, but there wasn’t much serious heat put on the Ravens QB.

3) Starter Watch: For the most part our Starters started. And they looked awful! But wait. That’s not really a bad thing. Well, looking awful is bad, but finding it out now is a blessing. Had none of them played, we’d have seen last night take place vs the Redskins in a couple weeks.

4) Staying focused: I watched on auto-pilot before leaving for work. I was less interested in the game than I was in making sure I didn’t have another splinter in my sock, like I did Wednesday night. Discovered that fucker while walking across the air field! Not exactly a place where you can stop, take off your shoe and tend to your feet. Hit me in that soft spot on the side of the toe, next to the big toe. Lots of cursing and sudden limp, followed by picking at my foot in a men’s room. All that before my shift started. So yeah, the preseason game was barely registering.

We were getting killed out there, when God said:

Hopefully this will serve as a lesson for not blowing off rehearsals next preseason, since this one is beyond salvaging.