HAVING QB Nate Sudfeld as the back-up to Carson Wentz, isn’t risky! In fact, it’s a very smart move for the Front Office to have made. For someone to write that it’s “risky” because he isn’t a more veteran presence, is an almost stunning display of ignorance and lack of foresight. These rogue writers better back-up off my QB!

Sorry, I started out ranting. Let me take a step back and explain. I read a ton of Eagles articles in the course of doing research for my articles, in order to make sure that when I write it, you can quote it, and rest assured that you’re 100% correct. Yesterday I read an article that said that the Eagles going with Sudfeld, instead of more veteran QB’s like Tyrod Taylor or Ryan Fitzpatrick, was a risky move.

Now normally when I read something I disagree with, I shrug and go to the next thing. So naturally I attempted the same thing yesterday. However, the longer the day got, the more it crept into my thoughts. Not just because I oppose it philosophically, but because it is fundamentally wrong. Not just incorrect, but downright WRONG. 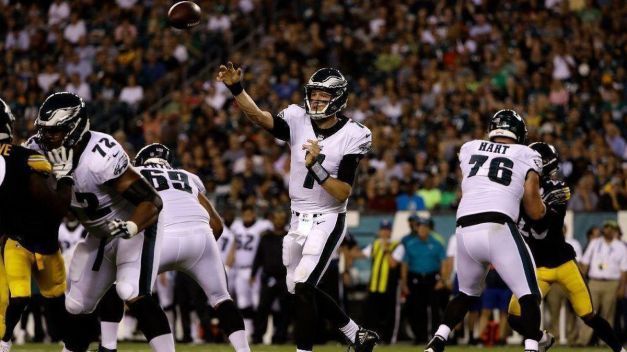 First of all, Nate has been here for two years and is familiar with the coaches, players, playbook, and core concepts of the Offensive system. He already has a firm grasp of everything, so there is no internal learning curve for him. If he finds himself pressed into playing, during film study and meetings, he can focus on learning the opponent. He’s at a point in his career where all of his learning can be external.

Bringing in a veteran, free agent QB, means teaching them a new system, new players, yada-blah, and etcetera. That of course doesn’t take into account whether the new player fits the team culture.

Sudfeld is already a fucking Yahtzee. So why re-roll? Plus he’s a young player that the Eagles can develop. That development is important, because with all the young QB’s drafted in the last few years, Sudfeld likely won’t have many, (if any) starting opportunities come his way. Especially if Wentz stays healthier than he’s been over the last two seasons, and so Sudfeld can’t showcase his skills.

Being a career back-up is no young player’s dream. However, the idea of having longevity in a game they love, and getting to belong to, and contribute to, an era of success over a decade or so… That’s nothing to sneeze at. For the Eagles organization, that level of stability is also nothing to sneeze at.

I was trying to write this article without bringing up QB Nick Foles, but even 852 miles away, he’s still the elephant in the room. This needs to be addressed so that we can forever gain some perspective, and not base our view of the past on a mythology that seems to be spreading. 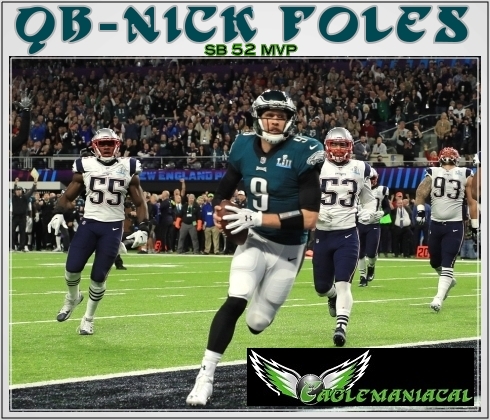 Part of the reason that article said we need a more veteran QB, is because that’s what Foles was. Foles was a back-up who had once been a starter. He was battle-tested. He’d played a playoff game. He was qualified to start. Hell, his seven TD game is still an NFL All-Time record (tied with QB Peyton Manning). Foles uniform from that game is ALREADY in Canton. Foles went on to become a Super Bowl Most Valuable Player. So apparently this is the formula, right?

Wrong. First of all, if your back-up is in, people generally expect less success. When Wentz went down, plenty of Eagles fans expressed serious doubts about Foles. No one cops to it NOW, but it was a real thing back during Weeks 15 – 17 in 2017. 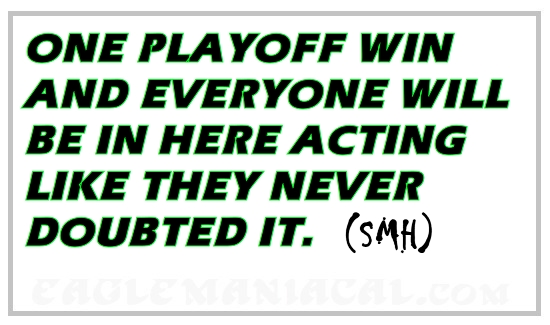 Should Wentz go down again, judging Sudfeld against Foles 2017 season is straight bullshit. If there’s a free agent QB out there who can keep a team in the hunt for a Lombardi, then why the fuck isn’t he starting?! Why is he a free agent?

Foles isn’t the standard, he’s the exception. He had a great run in late 2017, but basing our hunts for future back-ups on the 2017 season, is sheer madness. It’s unadulterated farce. Meanwhile, we have a great situation with Nate Sudfeld, right now. It’s important that we as Eagles fans recognize that, and don’t let these rogue writers promote the idea of the exceptional as the enemy of the good.

These rogue writers better back-up off my QB.