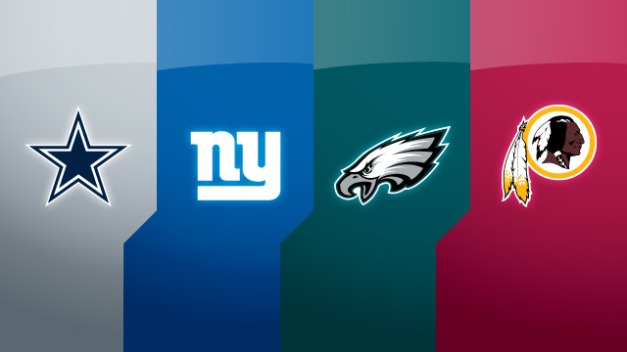 GENERALLY when I talk football, it’s about my Eagles. I tend to keep mum about our rivals, unless we have a game coming up against one of them. Otherwise, I’ve reserved most talk about them for my Pre-Draft Preview, which drops each April. (Look for it).

In 2017 however, I decided to try something new, and give our fan base a running commentary of what the division is doing around us. This ensures that Eagles fans ARE actually the best informed, and most knowledgeable fans, in the NFL. (Provided you visit this site often.) These updates will come out three times during the season: After Weeks 3, 9, and 15.

This is where we left off  PART 1.

This is where things are today:

The bad news: It’s not over yet.

It took 9 weeks for the giants to reach their 2nd win. That makes sense given that winning is done by controlling an opponent. At this point the giants don’t even seem to have control of their own roster.

Weekly now, there are questions about whether QB Eli Manning should be benched, in favor of a back-up that no one is excited over. They jettisoned two starting defensive players DT Damon “Snacks” Harrison, and CB Eli Apple, via trade. They have yet to give their 233 pound, first round drafted RB, 20 carries in any game. But he’s had 4 games where he’s caught 9 or more passes. (Without getting to 100 receiving yards in any of those. What’s up with that?)

All indications are that this team has no idea who it is, or what it’s doing this year. The giants are putting on a clinic on how to create a 4th place team, with top-shelf talent.

Despite an identical 4 – 5 record with Philadelphia, the Cowboys are in 2nd place by virtue of the tie-breaker, due to just having beaten us on Sunday night. But don’t be fooled by the flashy 4 – 5 record that their fans are so proud of/relieved to have. This is not a good team.

First the good news: They made a trade for Amari Cooper to upgrade their WR group. It seems to be working so far. The Top 10 defense they had in Week 3, is still a Top 10 defense. While folks could question the stats, the underlying reason for the stats, or the quality/condition of their opponents, the fact is, Dallas is still statistically a top unit. They also own the NFL’s 5th ranked run game.

Bad news time: They don’t score much (24th), move the ball well (27th), or throw it worth a damn (28th). Their QB is still a liability, and the owner has publicly committed to extending his contract. Oh yeah, and there’s the owner who won’t fire the coach, because well… you know:

Washington was listed as the #2 team in the division after Week 3. However, through the magic of winning ball games (hey Eagles, are you writing this down?), the ‘skins have moved into sole possession of the top spot.

The good news: Washington quietly boasts a defensive front that can be a handful. They do a good job of creating confusion and helping generate turnovers.

The bad news: Washington is coming into the tougher part of their schedule just as age and injury seems to be catching up with them. It’ll be interesting to see where the next 6 weeks takes them.

So that’s the state of our division rivals, as our Eagles head into Week 10.