OUR CORNERBACKS DO NOT SUCK. 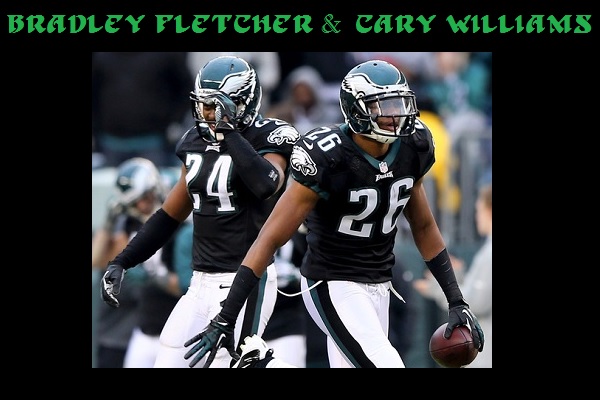 First of all, when these guys were brought in they were brought in to play a style of ball that they excel at, but that NFL is trying to phase out. Across the board CB play in the NFL is “suffering”. When it’s not calls, it’s players trying not to draw calls. You’re now seeing WR’s (Brandon LaFell, Malcolm Floyd, and Julian Edelman for example) who once were disappointments, now posting respectable reception numbers and finding purpose in today’s game. That’s because the rules keep making it easier to play WR, while making it harder to play DB.

Secondly, I think fans here are just too damned hard on certain players. Think about how fans regarded our primary last 6 starting CB’s:

Fans keep throwing the CB’s under the bus despite the fact that they knew the “Wide 9” system didn’t work. Despite the fact that Bill Davis’s “Multiple” or “4-3 Under” scheme has massive, obvious flaws in it. (Those are easy flaws to hide when an opposing head coach can’t tell that his own QB is injured (Looking at YOU Ron Rivera), but harder to disguise against a legitimate playoff caliber team.)

Look, the days of CB’s like Eric Allen and Ben Smith, Troy Vincent and Bobby Taylor, Sheldon Brown and Lito Sheppard, are gone. The NFL no longer allows for a CB to control his side of the field. It makes it easier to get those big highlights, to sell more tickets and garner larger TV contracts. I mean, do you honestly think Riley Cooper could have started 10 years ago; or that Jeff Maehl would even be on an NFL roster? Come on. WR is easier because CB is harder.

Our guys don’t suck. They’re just caught between old expectations and the new way things are.

5 comments on “OUR CORNERBACKS DO NOT SUCK.”