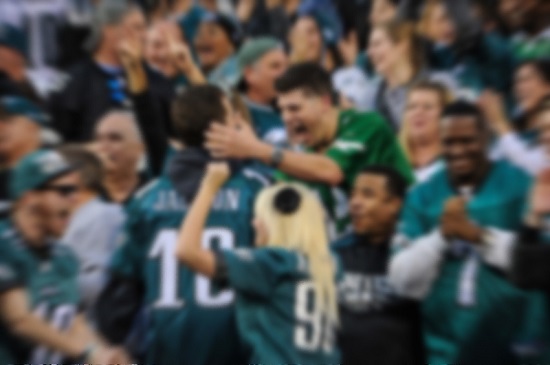 THE EAGLES are 6-2, in first place in our division at the midway point of the season, and every other team in the division seems to be burning out of control.

Some may say that it’s because QB Nick Foles is essentially done for the year, but to be honest there was a lack of bravado even before Foles injury or even the Arizona loss.

Some may say that it’s because RB LeSean McCoy still doesn’t seem quite right. Maybe, but we still lead the division even without the NFL’s leading rusher being on our team.

Still others might point to a lack of confidence in the Defense, made worse by the season-ending Achilles tear suffered by ILB DeMeco Ryans. Again, we’re still 6-2.

There is an air of…dissatisfaction among fans here right now. Each one you ask has a different reason from the last person you ask, but everyone has a thing that bugs them about this team. No one thinks the vagiants or Foreskins can catch us, and almost no one thinks the Cowpies can win enough games to overtake us.

People seem to feel that we’ve already won the NFC East. That we simply  need to not give away these games, and make it official.  Well if that’s the case, then where is the swagger that goes with it?

11 comments on “ARE EAGLES FANS AFRAID?”