WE’RE heading into the 2021 season with a largely unproven QB in Jalen Hurts. Long established NFL wisdom is that a strong running game is QB’s best friend. This goes double for a young QB. Even if our run game isn’t particularly strong, Hurts needs it to be at least convincing.

The difference between strong and convincing? If an offense can typically rely on their run game in running situations to produce decent yardage, that is a strong run game. A convincing run game means that the offense calls enough run plays, to keep the defense from playing exclusively in pass rush mode.

The Eagles have to call enough runs to keep the defense from teeing off on our QB, and give him enough room, and time, to operate. Our Offense has to keep opposing defenses guessing. This also helps make play-action more credible. (See: THE 12 #4)

Last year Hurts looked at his shakiest while IN the pocket. Without a convincing run game, defenses will scheme to keep him there, all at once taking away what makes Hurts dangerous, and forcing the Eagles to rely on him strictly as a passer.

If the Eagles expect to see any measure of success from our QB, he needs a convincing run game to set the table for him. Especially since he’s going to run a lot of play-action bootleg, and RPO stuff. If it develops into a strong run game, great. Excellent! But even if it doesn’t, we need to stick with it for four quarters.

PLAY-ACTION makes a mobile QB more deadly. However, we have to be better at selling the run, in order to make our play-action more effective. On first and ten or in short yardage situations, we have to make opponents believe that a QB Sneak, a HB Dive, etc. is immediately on the table. All of that is far easier to sell with a QB lined up under Center, vs being in the Shotgun or the Pistol.

When a QB uses play-action from the Shotgun or Pistol, he has to thrust it forward to the RB. Generally with both hands on the ball to prevent a fumble. A defensive lineman who sees two hands on the ball, immediately knows it’ll be a fake. The fake doesn’t sell, and the QB ends up sacked. Sound like something you’ve seen?

From under C, when the QB fakes, he turns his back to the defense. This helps hide the ball momentarily. A defensive lineman has to honor the hand-off, and identify whether or not the RB truly has the ball. That right there, that second’s pause, helps slow the pass rush and gives an offensive lineman a chance to secure his block. (Which we are always thankful for!)

During a real hand-off, what happens? The QB clears out of the way, and no one really chases him because they’re chasing the ball. When it’s a fake, the QB can take his clearing momentum and turn it into a bootleg. This gets him far away from pressure, and gives him a clear view of the field. In which case he can throw it, or pick up some quick yardage with his legs.

Lining up under C makes play-action more dangerous, because it is the most legitimate alignment to run from. Again, your QB Sneak, your HB Dive, yadda and so forth. This is especially true for teams that run 12 Personnel (1RB, 2TE). With the Eagles being a team that is still rumored to favor such a package, lining up under C needs to be the rule and not the exception.

RECEIVERS getting open early helps get the ball out of a QB’s hand, and helps move the chains. Running crisp routes helps, but what helps even more, is looser coverage. A great trick for loosening coverage, is using play-action.

The Eagles use play-action, but often it features ball fakes out of Shotgun (which defenders never buy), or is used when we aren’t running the ball enough to sell it. As a result, we rarely see a situation where a TE blows by a LB and gets open down the seam for a 20 yarder. We never see a Slot WR get an inside step on a Nickel, and blow past an in the box Safety, for a race to the end zone.

Another thing we need to do is, after a handoff, run the QB out of the pocket like it’s a legit bootleg. If we do it enough, opponents will be hesitant whenever they see it, because they won’t know which end of the dog is wagging. That will make both the pass AND the run more effective.

Like a pass or a run, play-action is a weapon. We should be using it as such.

CALLING for 25 rushes per game has less to do with being in love with running, and far more to do with keeping QB Carson Wentz upright. Whether or not you believe he’s injury prone, the fact is, he sees far too many defenders swarming around him.

The playoff game vs Seattle proved that Wentz won’t be protected from illegal hits, let alone questionable ones. So Philadelphia is 100% on our own at protecting our QB’s. Instead of whining about it, we need to be about the business of fixing the problem.

Play-action would freeze a defense, but if we’re throwing the ball 40 times per game, we can’t sell play-action on 17 to 20 handoffs. Again, this is not about running the ball for the sake of running. This is about having our QB survive 16+ games. 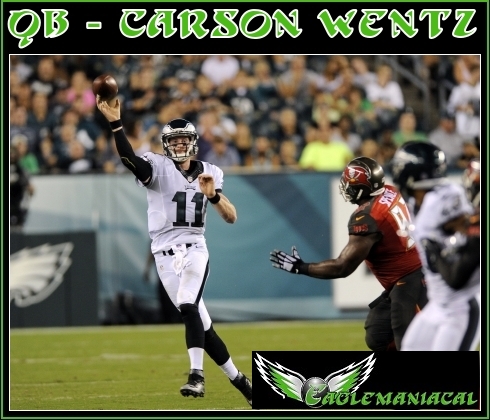 25 handoffs also allows our Offensive Line to fire into the defensive front and take some of the starch out of them. You know, wear them down and tire them out. That way their pass rush is less explosive. Which goes a long way to protecting the QB, and thus the ball. 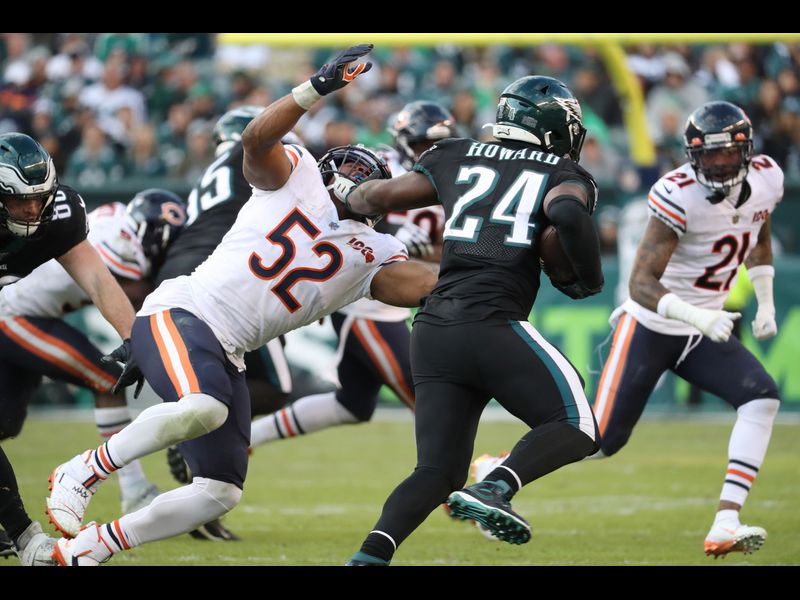 If we are in a constant state of varied attack, it’s harder for our opponents to defend against us, or mount or sustain an attack of their own. Handing the ball off, needs to be a consistent part of our attack,