SAFETY Earl Thomas was thrown out of Baltimore today, after punching a teammate Friday. Conduct detrimental to the team they call it. He’s expressed on a few occasions his desire to play in Dallas, and I for one, hope like hell that they sign him.

Once upon a time while playing in Seattle’s Legion Of Boom secondary, Thomas was seen as possibly the premier FS in football. Heck, I wanted my Eagles to find a way to bring him here. He hit like a S, and covered as well as a CB. He even had a nose for the football with 21 interceptions, 45 passes defensed, and 10 forced fumbles in just his first 6 seasons.

But Earl Thomas hasn’t been “Earl Thomas” for a while now.

While all those missed games of course meant lower stats, it also became clear that he’d lost a step, as he was moved from FS to SS, once he signed with the Ravens last year. The added fact that Baltimore was willing to part ways with him so fast, also indicates that they feel he’s readily replaceable. All of which is telling.

The biggest thing however, is the lack of maturity. Seattle fostered a competitive, combative environment, which works very well for up-and-coming, young players. It however, ages poorly on stars who are supposed to transition into leaders and leaders of men. Instead they basically acted like teen bullies.

Thomas, CB Richard Sherman, CB Byron Maxwell, S Kam Chancellor… They never gave off the impression of being able to be The Man. There is nothing about them, that suggested being capable of being the grown-up in a room. Seattle’s low expectations (head coach, front office, fans) failed them in this regard.

To that end, Thomas has grown into a very old, very cranky child, who is essentially locker room cancer now, and does not know how to handle his business in public, apparently in private (OH BROTHER!), and from the looks of it, maybe even now on the field.

That all being said, I would be THRILLED if he showed up on the roster of a division rival! Especially with a brand new head coach trying to establish a winning culture built on talent, intelligent choices, and individual accountability. That shit would make my day!

Gun to my head, if I had to pick where he goes, I’m hoping it happens to the only team in the division who could challenge the Eagles in 2020. Please, please, PLEASE Cowboys, go out and buy your locker room some gangrene. Here’s hoping that the Dallas Cowboys front office will be the Philadelphia Eagles 2020 MVP. 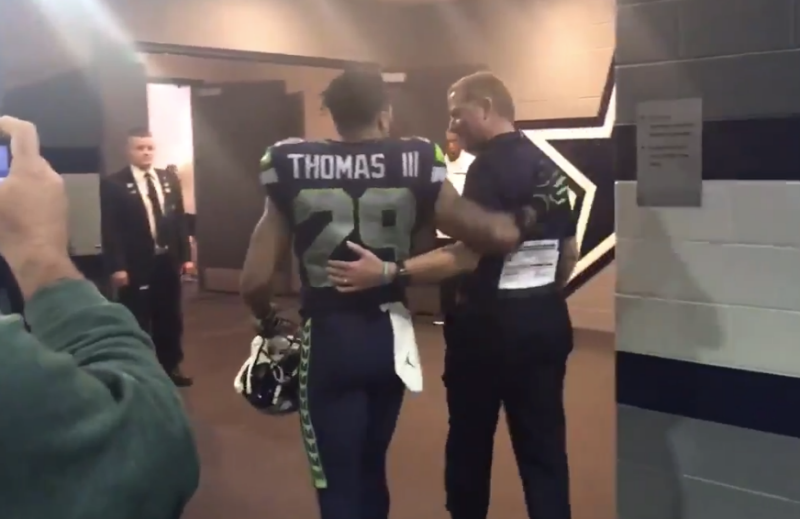