UNSIGNED EAGLES ARE A PROBLEM

TRAINING Camps are rumored to be targeting a July 28th start date. With today being July 12th, that’s a mere 16 days from now. Two weeks and two days, or “Two and two.”

In the meantime, eight of our ten 2020 Draft picks, are still unsigned. To be clear, they will not be able to participate in TC without a contract. Not being able to do so, would slow their learning curve, and limit how early they can become serious contributors. Who do we have yet to sign? Take a look:

Reagor not being signed (at this point), is extremely troubling. WR Alshon Jeffery isn’t expected back anytime soon from his 2019 foot injury. On the other hand, WR DeSean Farrakhan is being made to jump through hoops just to remain an Eagle.

In the event that the Eagles release Djax, the Offense will be right back where it was when the 2019 season ended. By that I mean, leaning on WR Greg Ward, and hoping that WR JJ Arcega-Whiteside can somehow put together the concepts of “get open” and “catch ball”.

The LB position remains an open wound. It would be asking a lot for 3rd round rookie LB Davion Taylor to be the upgrade that we need. However, we’re so thin on talent there, that we basically have to ask for exactly that.

All indications are that the Eagles have big plans for FS K’Von Wallace, but every day that he misses of TC, will be like a week’s worth of make-up time. Rookies who fall behind mentally, become liabilities that opponents will exploit during the season.

Not to downplay the importance of the remaining five Draft picks on the above list, but 1) None of them are signed either, and 2) The three guys that I pointed out, are the guys that the team needs big contributions from in 2020. (If there’s even a season.)

Rookie wages are subject to a wage scale, where every player earns less than the guy drafted ahead of him. So there are already valuation charts that approximate what every rookie should eventually sign for. 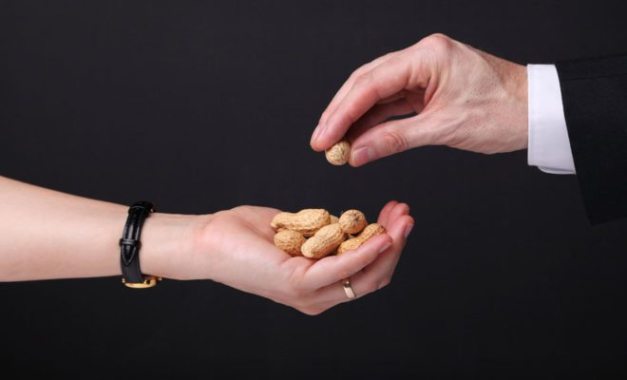 Usually the Eagles have the rookies signed by late April, mid May, but many sportswriters want to speculate that the delay is because of the 2020 Coronavirus pandemic. However, given that Philadelphia moved into the Yellow Phase of the re-opening on June 5th, there is no reason why these deals shouldn’t have been/ couldn’t have been, negotiated in principle over Zoom, and then road tripped to finalize and sign.

Until we address those things, we can’t even seriously entertain the idea of adding an insurance RB, or getting some help at LT, or spending big coin on an over-hyped DE, who has just 32 sacks in 6 years. GM Howie Roseman, you gotta get it together.