FIRST of all let me say, that this schedule is very nice! A Week 10 Bye would have been better than the Week 8 Bye that we got. However, with the uncertainty surrounding how much of this season will actually get played, while not perfect, this schedule is really really good.

This is a much better schedule than 2019’s, which I said last year was a trap. Because to hell with who’s on the schedule, it’s when the games fall that matters. Last year was loaded with traps. This year…not so much.

Understand, the Eagles won’t have a stout Defense in 2020. There is no feared pass-rusher. Our second level is a question mark. The Secondary just lost it’s leader. So for us to win 11 games, we’re going to have to put up a ton of points this year, and the roster has been stacked to do exactly that.

Home games. We get back to back homes games, and we get a stretch of three home games in the first half of the season. So from Pittsburgh through the Bye (W5 to W10), the Eagles never have to leave the state. As one die-hard Eagles fans pointed out, 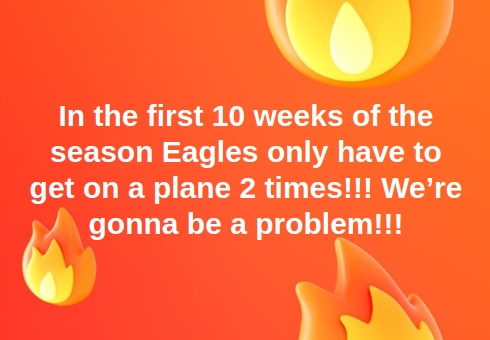 Away games. We get three sets of back to back road games. San Fran and Pittsburgh (W4, W5), are early in the year. Then coming off of our Bye (W10, W11), it’s just 2 hours up 95 to NY. The following week we don’t even break the time-zone flying to Cleveland. The only set that concerns me in terms of travel, are (W15, W16) at Arizona and Dallas.

Games that flat out concern me are

*Baltimore (W6) because running QB’s give us fits.

*Seattle (W12) because we have never beaten their running QB.

*Green Bay (W13) because it’s Lambeau in December. We beat them in 2019, but that game was in September.

*New Orleans (W14) because like Seattle, they seem to have our number.

From a knee-jerk expectation standpoint, that still hints at a 12 – 4 record. Not bad, but let’s look closer at this thing. Let’s level the playing field and assume everybody stays healthy on all the rosters.

1. Washington. As long as they run a 3-4 defense, they’ll never beat this team. Especially without a QB. Right Alex?

2. LA Rams. Doug Pederson has Sean McVay’s number. Plus the Rams lost a ton of talent.

3. Cincinnati. Expect the Eagles defense to make life hard on the rookie QB.

4. San Francisco. Teams have tape on the 49ers. Andy Reid will give Doug the blueprint.

5. Pittsburgh. Getting their QB back is a plus, but now his weapons are just average.

6. Baltimore. This one will be trouble if nothing is done about our LB’s.

11. Cleveland. Winnable game, but too much cockiness causes a needed stumble.

12. Seattle. No move in the offseason was made to shore-up their 27th ranked pass defense. The Eagles come into this game with weapons this year.

13. Green Bay. It’s Lambeau. In December. Those four words, in that order, are terrifying.

14. New Orleans. Winnable game. Third road game in a row, for a team that had a W6 bye.

16. Dallas. Our second road game in a row. Whoever needs this game more, will win it.

17. Washington. This one gets goofy. Eagles back-ups are playing before the half. 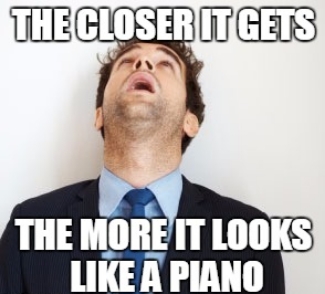 The only game that feels like a predetermined loss is Baltimore. That too could change if the Eagles sign a LB, or one of the young LB’s prove me wrong and becomes a stud. So yeah, the Eagles had better sign someone.