WITH the Eagles QB room turning into an infirmary, our Front Office went out and signed QB Josh McCown to a 1year, 2M$ deal, that’s worth up to 5.4M with incentives. Lots of fans seem happy with the signing. To me, he’s the Human version of the Kobayashi Maru, the ill-fated ship in Star Trek II’s ‘No win scenario” simulation. So I flat out don’t like the signing. Let me breakdown why.

First off, this signing only has real impact if QB Carson Wentz gets seriously hurt in the first three or four weeks of the season. If that’s the case then we’re fucked already. Yeah yeah, I know, 2017. I was on here making memes about believing in QB Nick Foles when most of the fan base was doubting him. Remember these: 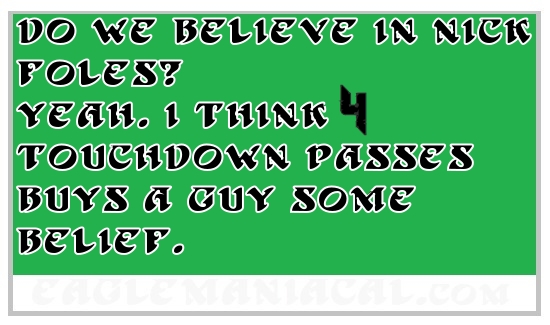 This was after the giants game 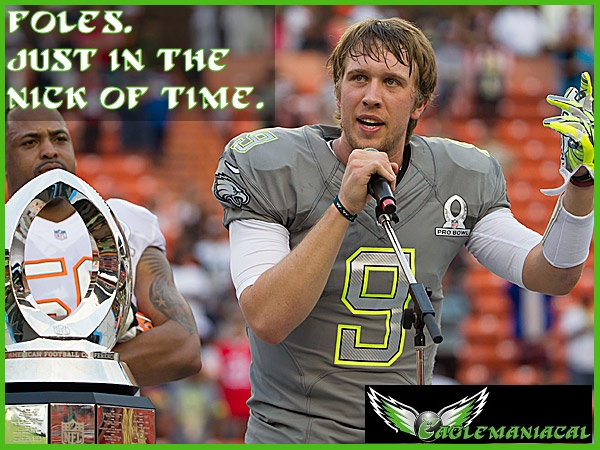 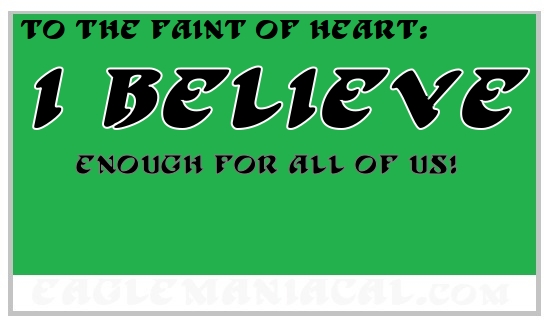 That said, 2017 was an anomaly, and 2018 proved it. Back-ups are back-ups for a reason. Don’t let nostalgia get the story twisted.

Speaking of back-ups, I’m hearing that McCown might be ahead of QB Nate Sudfeld on the depth chart, when Sudfeld comes back to active duty. That would be FARCE! McCown will have to be spoon-fed an Offense, that Sudfeld is already steeped in. McCown will have to develop his timing and touch with each receiver, whereas Sudfeld already has that. McCown will have to learn all the blocking protections. 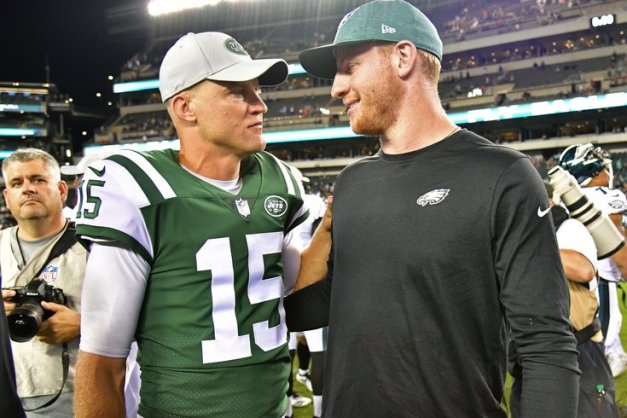 Like Pat Ryan and Mark Sanchez, McCown continues a long tradition of Jets who can to the Eagles to secure their place in the Hall Of Fame.

Unless we’re going to scale back the playbook for him. That usually makes a team predictable, no?

Some are touting McCown’s 17 years of NFL experience. However, what he has lots of experience at, is losing. His career mark as a starter is 23 – 53 (.302). No team he has ever started 10 games for, has EVER seen the playoffs. No team he has started even 7 games for, has ever finished with a .500 record. He’s everything you claim to hate about Sam Bradford. (Minus the sleeves.)

So playing McCown is essentially waving a white flag over the season. If it comes down to us leaning on a non-Wentz QB, why not lean on Sudfeld, or a QB like Clayton Thorson, whom we spent a draft pick on? If we’re just going to roll over and play for Draft position, then doesn’t it make more sense to develop our youth, so that the team has leverage in any possible holdout situation, and doesn’t end up where the Dallas Cowboys currently are?

This McCown signing make zero sense. It’d have made more sense to have WR Greg Ward take a few snaps per week at QB. He’s played the position at a high level in college and could be our 4th string/emergency QB. (It would also put us in position to do what I suggested in THE 12.)

Unless we can rig the simulation…