FROM Fitzmagic; to the Chiefs cutting the NFL’s 2017 rushing leader; to the Minnesota implosion that only surprised people wearing purple; to the state of Louisiana being home to the world’s biggest collection of punk-ass, crybabies, 2018 was a weird season for many teams.

Weirdest thing of all, was the NFC East’s down-to-the-wire, dogfight for a playoff spot. 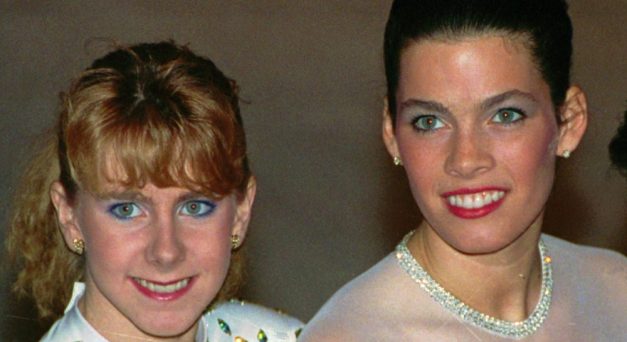 It was a weird year. Let’s take a look back at it, shall we?

NEW YORK: We learned a lot about New York this year. We learned that QB Eli Manning’s contract contains language that allows him to take the offense hostage. At least until the end of 2019. We learned that RB Saquon Barkley can personally generate 1,000,000 yards of offense in a game, and still manage to see his team get blown out by 21 points. Quick question: When was the last time you saw a GM have fire sale at midseason, with a Head Coach in his first year?

We also learned that in the NFL you need two feet in bounds, to make a touchdown catch, unless one of your knees belongs to WR Cole Beasley.

Adding insult to injury, were even more injuries! I almost forgot to mention that their starting G’s were on IR for half the year. And then they lost back-up G’s and a starting OT, and then a back-up OT, and then… You know what? It would be faster to list the Redskins who didn’t end up on IR in 2018. Hey, have you ever seen a man break a 90 yard touchdown run, and still not rush for a 100 yards in that game? Yo, Adrian! Magically, RB Adrian Peterson managed to rush for 1,000 yards, despite being 33, with no supporting cast. Perhaps he’s the player the Redskins can finally build around. Damn. That’s a shame.

PHILADELPHIA: City of Champions! “Oh no! Our Starting QB might be healthy enough to play!” Nothing says “Get well soon, Carson!” like a shrine to back-up QB Nick Foles, built in a teammate’s locker.

You wanna know what weird is? Weird is watching your team get jungle raped, 48 – 7 on national television, and then watching our players say (WITH STRAIGHT FACES), they still believed the Eagles could make the playoffs. Weirder still was believing it as a fan. Weirder than that, was realizing that we as fans, might be delusional this time. 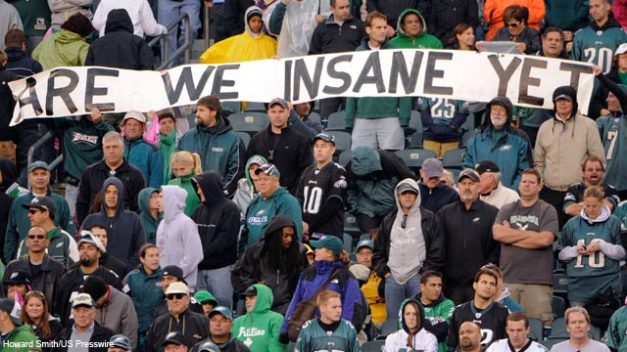 This fan base can be infuriating, but nobody, absolutely NOBODY, makes a point and drives it home, like this bunch.

Then, when the shit actually happened, even us believers were like “Wait! What? Yaaaaayyyyyy!” How about all the injuries to our Secondary? So many guys played back there, that they started putting letters on jerseys instead of numbers. (“Who the hell is ‘M’?”) There comes a point after you watch a field goal double-doink off a goal post, when you wonder if you too should have built a shrine. Then the team blew a 14 – 0 lead the following week, and we broke out the old “We’ll get ‘em next year!”

DALLAS: They had a great year. Started slow, but won 7 of their last 8. Traded for a player that opened up their offense, and helps hide how much of a liability QB Dak Prescott is. Found a LB who lets them move on from LB Sean Lee. Saw a couple of draft gambles pay dividends. Even won a playoff game. Everything looked great in Big D. Yup, they’d almost pulled it off, buuuuut… You realize that the 2018 season isn’t technically over, until the Super Bowl ends, right? So everything that’s happened in the last couple weeks, is still part of the 2018 season. Meaning that 2018 will end with, Dallas’s brain trust, intentionally trying to murder 2019 already. Dallas decided to fire a lackluster offensive coordinator, and hire…Kellen Moore? He was the Cowboys QB coach in 2018, and that’s it. That’s the extent of his coaching career, and now he runs the offense. What’s weird is, the hire comes from over Head Coach Jason Garrett’s head, so he’s just getting stuck with the arrangement. Which is fine with him because, well, you know how he and Jerry Jones are.

Then again, one questionable hire isn’t so ba- Wait! It wasn’t just one questionable hire. They also hired Jon Kitna to be Prescott’s QB coach. You realize that Kitna was an absolute turnover MACHINE when he played. Now he’s coming off 7 years of coaching high school football, with ZERO pro coaching experience, to make a ‘meh’ QB,better? So no stars were suspended. No convicts were signed. Nobody stole any underwear and were run down from behind, by a mall cop. Just a strong finish, culminating in a division win, plus a playoff win and… DAMMIT! They couldn’t wait to squander all that momentum. Couldn’t even let it wait until Monday of next week. Talk about reserving your spot on the basement couch!

So there it is. The NFC East season that was. It made you want to pull your hair out at times, but it was never boring. Odds are pretty slim that 2019 will treat us to as crazy a rollercoaster ride as this year was, but just in case, I’m going to ask for a prescription for heart pills today.