THERE is absolutely no quit in us. Nor should there be. We got off to an amazing start. We exceeded everyone’s expectations. Including our own. Then we hit some adversity, which included a few self-inflicted wounds. Stupid and costly errors that stalled our progress and set us back. Today we are a .500 ballclub, sitting at the bottom of the division. Realize however, even at the bottom we are still this good and have the chance at so much more ahead of us. That is, if we come together as a team and don’t quit.

No one is saying that the journey back up will be quick, but we’ll start with small steps. One week at a time. This week we don’t have to worry about a whole football team. The Green Bay Fudge Packers are basically just one guy: QB Aaron Rodgers. 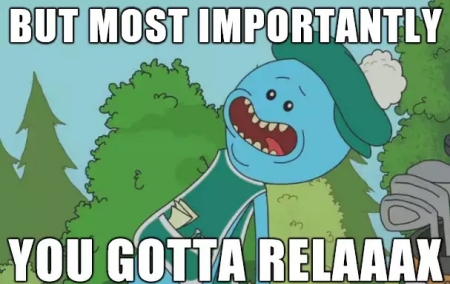 We stop him, and we’ll stop them.

Generally it’s frowned upon to make such a statement about a pro team, but fuck that. I’m not a journalist and truth is truth. Name one Packers player besides Rodgers who worries you. I’ll wait….. If your first thought was a WR, then you just made my point. And please don’t mention the vastly overrated, largely one-dimensional, OLB Clay Matthews–

Look, there really isn’t much to this team. Offensively they go as Rodgers goes, but their defense is a hilarious tragedy. Particularly the part they call a secondary. The going excuse for why they don’t cover anybody, is because they have a bunch of injured starters. Seems to me, if you pay a back-up to play a position, he should be able to play that position, at least competently. Instead, it’s like fucking F-Troop back there. But I’m getting ahead of myself here.

So let’s talk about the Four Things we need to look for, Week 12 versus Aaron Rodgers (ostensibly the Packers) :

1) Don’t let Rodgers relax. He’s a pretty good and fairly aggressive scrambler, so when I suggest getting him to run, it’s well considered. Bringing heat from his right, will force him to his left. He can make those throws, but they are among his least sharp passes. Also he tends to hold the ball longer in those instances, which gives us more time to lay tooth-rattling hits on him.

2) Take it easy. Completing passes against the Packers “secondary” has been like taking candy from a baby for most teams. This is a great opportunity for the Eagles to blow it by getting cute with the play-calling. The blueprint on this has already been drawn up by prior opponents: 1) Create spacing around a WR, 2) Throw the ball to that open WR, 3) Catch the ball, Mr. WR, 4) Why are you just standing there?! RUN DAMMIT!

3) Score when you can. Don’t leave FG’s on the board. Don’t try to own time of possession. The Packers offense can heat up quickly, and from out of nowhere. This is not a team we want to have a shootout with, but deliberately trying to make it a low scoring game can set us up for a stunning, last-minute loss. When points are available this week, take them.

-will draw the OLB’S away from the box and give our RB’s room to roam. We have to keep QB Carson Wentz in the upright position, and nothing keeps a QB’s jersey clean, like being able to run the ball.

Beat one guy and you beat the whole team. This is a simple recipe and I’ll be stunned if we can’t pull it off. Playing the Packers this time of year makes me nervous. When we play in Lambeau. However, we aren’t playing in the godforsaken, cheese addled, wasteland known as Wisconsin. Instead, we’ll be at home, in the Linc, hanging out with 69,000 of our nearest and dearest, pushing the Eagles ahead to victory. True, we’ve hit some bumps this year, but adversity won’t scare us, stop us, or keep us down. Because we’re strong. Because we’re fighters. Because there is absolutely no quit in us.