IT was a loss. It wasn’t pretty. Those facts having been acknowledged, it wasn’t all bad. You can’t learn from your setbacks if you don’t identify the things you did right, and build on those things. Because the name of the game is improvement. 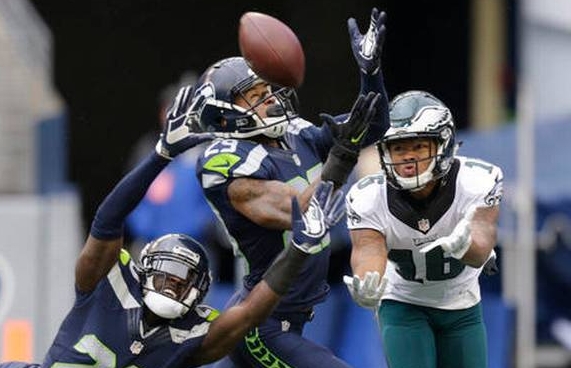 In case anybody forgot, our Head Coach is a rookie, and he’s coaching a rookie QB who’s expected to be the face of this franchise for the next decade or so. This whole season was supposed to be a learning season in a weak division, that has suddenly and surprisingly, become the strongest in the game. Yet our team is still keeping pace. As I said, not all bad.

We posted our lowest score of the season in the 15 – 26 loss, but at no point did the game ever really run away from us. Given everything wrong that we did, versus everything right that they did, you’d expect us to have gotten blown out. We still ran for 113 yards, with a reliable 4.3 yard average. We also held Seattle to 5/15 on 3rd down. Once again, it wasn’t all bad.

1) Attack the left with RB Darren Sproles. We didn’t get to do much of this as Sproles left the game with a rib injury after just 3 touches. NOT DONE

2) Spread ’em out. (Grumble) We did this, but not nearly enough when RB Ryan Mathews was still in the game. This is a VERY technical grading, but I have to be fair. DONE

3) Challenge their CB’s. The Eagles focused entirely too much on getting our receivers in space, and it played into the hands of the Seahawks as it allowed them to bait QB Carson Wentz effectively for one of his two interceptions. NOT DONE

4) Set the edge. We did a really good job here. With the exception of that early 72 yard TD run, the Eagles allowed 80 yards on 29 carries for an average of 2.7 yards per crack. QB Russell Wilson‘s longest run was 7 yards, and he was kept off the edges and in the Tackle Box for the most part. DONE

So that gets us to 2 out of 4 for the week. It briefly makes me wonder what the result could have been if not for a couple of key injuries. (Particularly with respect to Sproles effect on LB’s in the short passing game.) However, we have Green Bay coming up next. So instead of dwelling on what could have been, I’m more interested in strengthening and perfecting what it is we have. Because the name of the game is improvement.