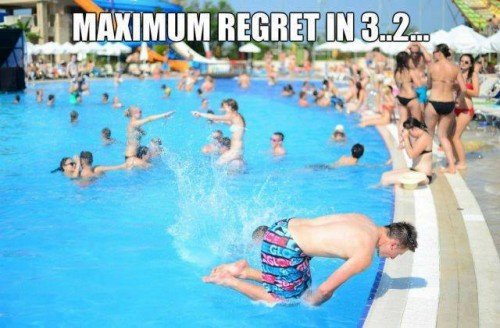 SAFETY Malcolm Jenkins (4 – 0 – 0 – 0) was expecting it to be a “knockdown, drag out” game, and it seemed that we did get knocked down and dragged quite a bit in that game.

You could tell it was going to be a long day at the office, when Seattle’s previously shrug-worthy run game, reeled off a 72 yard TD run to start the day. Which (YAY!) by the way, set a record as the longest run ever in that stadium. We also (ALRIIIGHT!) allowed their QB to catch a 15 yard touchdown from a WR.

It was remarkable to see that their WR’s can even throw passes, as we struggle to teach ours how to get separation on routes and catch balls. All game long we had to hear douchebag Phil Simms drone on and on, about how “overlooked” and “underrated” he thinks Seattle’s WR’s are. Meanwhile, we have a first round draft pick who cost us a touchdown, because he doesn’t pay attention to where he’s lined up.

Having just had my wisdom tooth extracted Tuesday, my blood pressure was up high enough during the game, to cancel the pain killers I’m on. Thank you Eagles. It wouldn’t be a real NFL season without at least one game causing me actual physical pain or a nose bleed from the sheer frustration of watching you. Good times.

On the other side of the ball, don’t be surprised if you see our Secondary on a milk carton. Did you see the way they covered Seattle’s receivers? Of course you didn’t see it, because they didn’t do it! The 5 and 6 yard cushions that our CB’s kept giving Seattle were a goddamned joke. They have guys on that roster who couldn’t run the 40 in 40, and we were respecting their speed?! All it did was lead to a number of cheap and easy passes from a QB who we kept in the pocket pretty well, by rushers who generally stayed in their lanes. Missing from the game was the sort of man-press that helps pass rushers, and causes QB’s to make mistakes.

Wentz forcing a deep ball to WR Bryce Treggs who was double covered by CB Richard Sherman and FS Earl Thomas. Sherman of course intercepted the pass. Why on EARTH would any QB throw that ball? Also, what could Wentz have seen on that play, that was somehow a less attractive option?