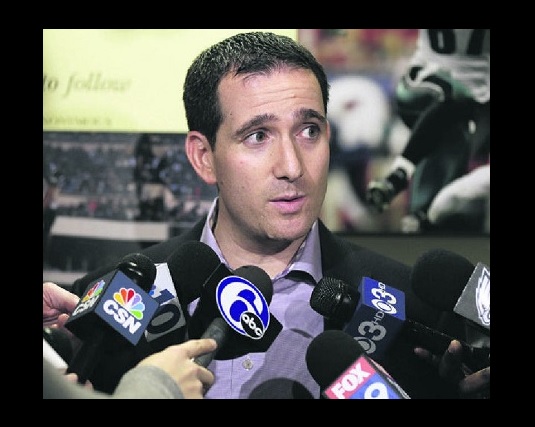 WHEN the trade with Cleveland happened I said we gave up too much.  Many people disagreed. Their feeling was what we gave up, is what we had to give up, to move up. They were of course, dead wrong. I of course, was right.

You want proof that we over paid? How about words directly from Cleveland’s rookie GM Sashi Brown? He by the way, is the guy who hosed Eagles GM Howie Roseman in that horrible trade that we made. Here are Sashi’s words: “I was a little surprised we got as much as we did, but some hard negotiating and (Vice President of Player Personnel Andrew Berry) was a big help in that, keeping me at bay and not pulling the trigger too soon.”

Did I mention that Brown is a rookie in his position? Oh I did?! Okay, keep reading.

He was surprised by what he got and he should have been. In case you need a refresher, aside from swapping spots, here’s what each team got: The Browns acquired a third-rounder and a fourth-rounder in 2016, a first-rounder in 2017 and a second-rounder in 2018. We got a fourth-round pick in 2017. So for the  Eagles, making this trade add up comes down to what we get out of that #2 pick.

To justify this trade, QB Carson Wentz will have to be no less than the next Brett Favre. He would have to surpass Donovan McNabb in every meaningful way. By that I mean becoming the statistically greatest QB in franchise history, while amassing more wins, playoff wins, and if not one Super Bowl win, then at least two appearances. Considering that we didn’t spend nearly as much to acquire McNabb, it stands to reason that to re-coup value for Wentz, that he has to deliver greater results. That’s just common sense and basic arithmetic. If you possess the former and can do the latter, this is easy for you to grasp.

15 comments on “HOWIE ROSEMAN GOT HOSED”