“FIVE THINGS WE MUST CHANGE” 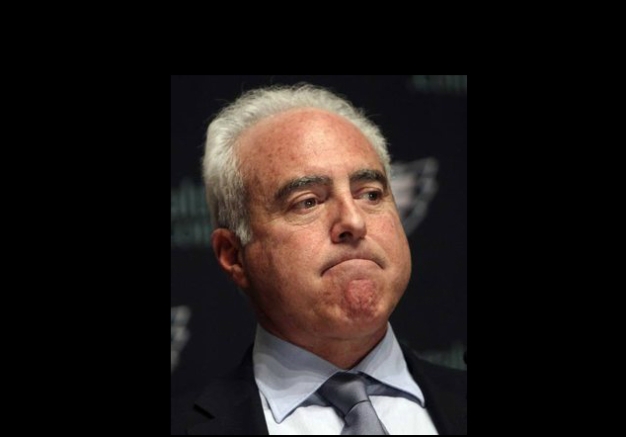 OVERHAUL. This team needs one badly. You may not want to hear that since overhaul sounds a lot like rebuild, but that’s what is needed here. Not a re-tooling, but a full-on rebuild. That is, unless you think of 2015 as being good enough for you. Assuming that Head Coach Chip Kelly comes back next year (and I am assuming that), I’m telling you, there are five things we must change between now and February 16th.

I use the date of February 16th because that’s when teams start to designate franchise players, which has a ripple effect on Free Agency and the rest of the roster. Consider how much money the Eagles have tied up in players like RB DeMarco Murray, and CB Byron Maxwell. Now consider that players with expiring contracts (QB Sam Bradford, FS Walter Thurmond, DE Vinny Curry and CB Nolan Carroll) will all want considerable raises to stay here. The Eagles need to have a solid idea of where they want to go, and how they want to get there, well before they begin shuffling and re-shuffling the roster.

The first thing we need to change is the place where this team’s General Manager powers reside. The current holder of those powers (if not the title) has demonstrated beyond the shadow of a doubt and/or reasonable dispute, that he has no clue what he’s doing. He was hired to be an X’s and O’s genius. So, okay fine. Let’s allow him to spend his time doing that. If we’re going to hold onto him for another year, we should at least make sure we’ve given him every chance to succeed, before we deposit him on the curb.

The second thing that needs changing are some of the coaches. Defensive Coordinator, Offensive Line, and Wide Receivers are the one’s that need changing ASAP.

A) Our Defense isn’t conceptually OR technically sound, That’s largely why over the course of three years we haven’t been able to beat playoff caliber teams.

B) While certain outfits may use funny metrics to give grades to units, the bottom line is this Offensive Line crumbles against good teams because Jeff Stoutland clearly emphasizes scheme technique over fundamental technique. That’s largely why we aren’t developing any of our young linemen into decent pro players.

C) Speaking of not developing talent, Wide Receiver started off bad and has only gotten worse. With all the recent high picks we’ve spent on WR’s, I don’t buy that all of our WR’s lack talent. I think what they lack is refinement of their game, as none of them display any knack for craftwork. That is clearly the failing of position coach Bob Bicknell. It can be laid at the feet of no one else on the planet Earth.

Also I’m not sure what this team is paying our Offensive and Defensive Quality Control coaches for. Maybe those guys have never actually shown up to work. Either way, we either need new ones, or to eliminate the position altogether, because to this point they do absolutely bupkis for this team.

The third thing that needs an overhaul is the Offensive philosophy. The Offense needs to be slowed down so that the Defense doesn’t end up being fatigued by game 9 or 10. We’ve seen this thing run the same way for three years now and we can empirically say it doesn’t work. It has to change.

The fourth thing that needs changing is the Defense. The only thing wrong with our Defense is everything. While we do have a handful of players that we can build around like DE Fletcher Cox, DE Curry, SS Malcolm Jenkins, ILB Jordan Hicks and LB Mychal Kendricks, (and possibly NT Bennie Logan if he shows he can play 4-3 DT), almost every one of them would be far more effective in a 4-3.

The fifth thing that needs to change are the practices. They simply are too fast-paced. Players are lining up week in and week out, and showing the same weaknesses week in and week out. That says that either they aren’t being shown what they keep doing wrong, or they don’t get enough time to digest the coaching they receive. For example: If you’ve ever bought a new tool, you already know what it’s for, but you play around with it for bit, just to get the feel of it. Especially if it’s replacing something you’re really used to. While the tool may belong to you, it takes more than just buying it to make it yours. Same thing when you hand a man a new skill, or teach him to do something like cleaning up his back pedal, or how to use penalties to gain separation. A man needs reps to truly own new coaching.

So there you have it. The five things that need to change before we start signing players to god knows what system, for god knows how much money. Set a clear direction and clear the path to make the journey easier. Because all this stumbling around bullshit, simply has to change.

8 comments on ““FIVE THINGS WE MUST CHANGE””