Still not sure if this was a game, or assault and battery.

Jets Coach Adam Gase. That moment when the Ex-Lax hits during your press conference.

I hear you asking, “What about all the stuff that stats don’t reveal?” Well, that’s the reason for the Four Things articles. It’s to point out what we need to address BEFORE the game. Then AFTER the game, there’s a no-bullshit assessment of whether or not the Eagles did any of what they needed to do, in order to ensure the win.

So how much of what I mentioned in Four Things: JETS did the Eagles get around to doing? Well let’s see:

1) No biting: Upon being flagged for delay of game, Wentz tore off his helmet, and ran right at the referee. But he didn’t bite him! So we’re making progress there. Carson’s new training regiment has made him a ton more aggressive, but he’s learning to manage it now. That being said, RT Lane Johnson bit a LB, and K Jake Elliott bit a hot dog vendor. So, it’s happening less… (NOT DONE)

2) Eliminate penalties: Unlike last week’s 6 penalties, this week had only 1 penalty. Head Coach Doug Pederson stayed fully dressed, and saved his taunting for the post-game handshake. At which point he yelled “Open neck, no respect!” and smacked Jets coach Adam Gase in the back of his head. It was hard enough to make Gase choke on his chewing gum. Luckily, LT Jason Peters’s fingers were long enough to dig the gum out of Gase’s airway. Vomit was everywhere. (DONE)

3) Fewer points allowed: The Eagles gave the Jets a pre-game, 20 – 0 lead, which was erased by the end of the first quarter. (NOT DONE)

4) Use the scoreboard: Yet again DT Fletcher Cox was invited into the home of a rival coach, by their wife. Cox said that nothing happened though, because Gase’s wife “looks an evil potato that learned how to smile”. Still, seeing it on the big screen was enough to unnerve coach Gase, and provide us an advantage. (DONE) 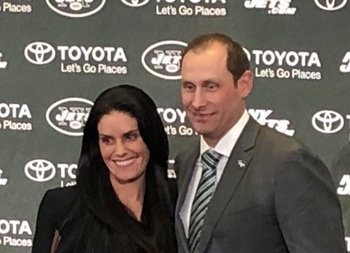 That makes this week’s FT score a “Meh” 2 out of 4. Which brings the season total to uhhh…This far in, I’m no longer even counting. Tune in next week, when the Eagles harass and heckle yet another team into playing a game. Maybe the Ravens again? I’m hoping for the Ravens.

This one got out of hand quickly. Easily the highlight of the day was Carson Wentz lining up at weakside LB, and sacking QB Sam Darnold. The sack celebration got a little weird, when Carson grabbed Darnold by the collar, and started shouting that Darnold had “no right” to red hair. 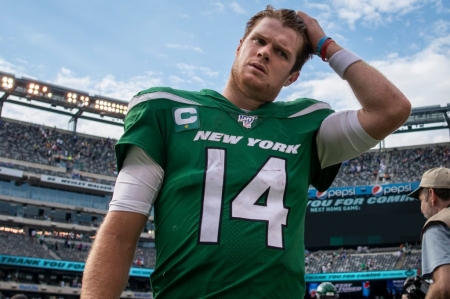 By the half it was 34 – 23, and the Eagles began letting their fans take snaps here and there. The halftime show involved Earl Thomas and his brother counting out quarters to “go halves” on a hooker. Did you notice my 7 yard run in the third quarter?

I cannot wait to see what the next game brings us. 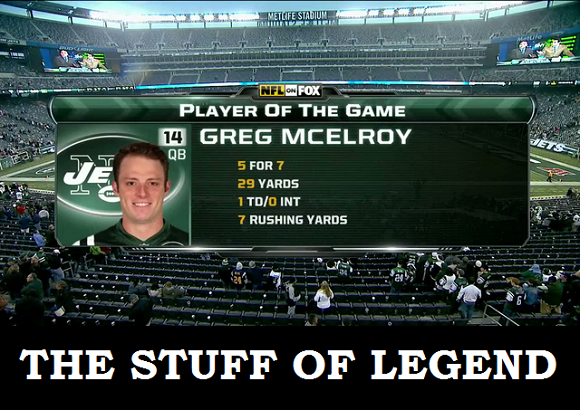