WELL before the Eagles won Super Bowl 52, we knew that TE’s Trey Burton and Brent Celek weren’t coming back to Philadelphia. Burton was about to be a free agent and command a nice chunk of change on the open market. TE Zach Ertz was the headliner in Philly, and there wasn’t enough cap space to sensibly have two high-priced TE’s.

So when the Chicago Bears backed a dump truck full of money (4 years, 32M$) up to Burton’s door, no Eagles fan had hard feelings about it. Absolutely nothing in his history suggested that he should have made even half of that, so the feeling was ‘Sure. He should take the money and run.’ We generally wished Burton well, (as long as he wasn’t playing against us), and everyone turned the page. 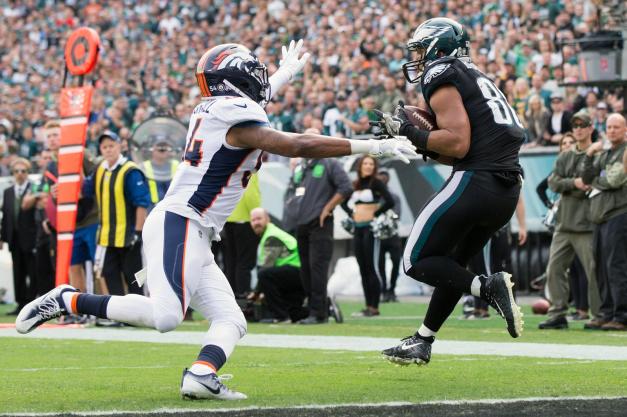 Well, the Bears just cut Burton after two seasons where he didn’t deliver on a deal that he was never, ever going to live up to. Honestly, Burton isn’t a starting TE. He’s more of a TE 2A/TE 2B type. I mean, statistically speaking, Zach Ertz had Burton’s entire career in 2018. So Burton won’t see another ridiculous payday, which means he’s not going to end up starting anywhere.

But that doesn’t mean that he isn’t valuable. Even highly valuable! Burton plays Special Teams. That’s kick coverage and hands team. He has collegiate experience at QB, HB, WR and TE. For the Eagles he’s lined up all over the place, and we do love to move  our TE’s around. Which we can do, because we have a genuine TE 1 in Ertz.

This means that TE Josh Perkins (whom I like), would be the odd man out, but if you had to pick between Burton and Perkins… I mean c’mon, with Burton the Eagles get a Swiss Army knife who’s a better blocker. The only question is, would Burton be okay with the role of TE 3, behind TE Dallas Goedert? If so, then bringing him back here would be a great move for him, and for the team.