OTHER fans get to be emotional about this loss. I get to be emotional during the game. Afterward, I have to put my anger aside, to objectively dissect it. That being said, this game was lost for us by the fucking rat-faced coaching staff. I won’t be able to fully address it in the FTR format, but rest assured that this week, there will come a reckoning, and it will not be pretty.

Losing WR’s DeSean Jackson and Alshon Jeffery early in this game, certainly had a massive impact on the game, but there were too many other inexcusable errors out there. 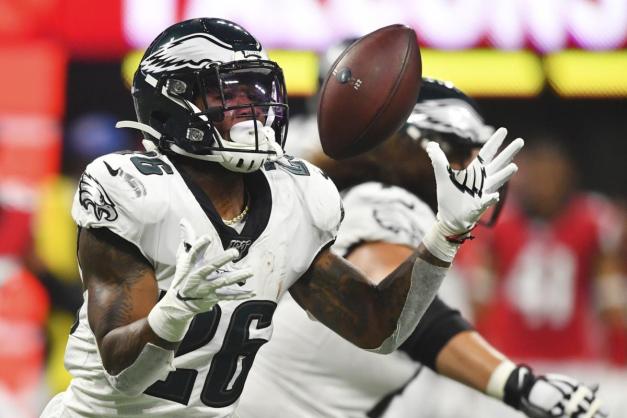 2) Dissolve the pocket: The D-Line pretty much played it straight up, except for when they blitzed. There were a couple of points where we got Ryan to throw from a dead run (he had a TD on a rollout to his right), but we didn’t do nearly enough to force him consistently out of the pocket. (NOT DONE)

4) Deliver Liver Punches: We didn’t run enough, nor did we run effectively enough to make play-action something to be respected. While Agholor and TE Zach Ertz (8 – 72 – 9.0 – 0) were our leading 2 receivers, this game was devoid of the schematic impact of play-action. (NOT DONE)

That brings our weekly tally to 1 of 4 Four Things completed. That brings our two week total to 3 of 8 so far. That’s a sub .500 mark. We have plenty of stuff to get together before our appointment with the undefeated (1 – 0 – 1) Detroit Lions next week.

This was a weird game. Our Defensive Line couldn’t touch the QB. We seemed to spend most of the night in Cover Zero, and kept being spanked in it. There seemed to be a concerted effort to play the youth, even though they clearly aren’t up to the task at this point. And despite all the injuries, no one seemed to be leaving the sidelines or removing their pads.

This is an odd loss. After Ertz was shown to be short of the sticks, I was of course as emotional as a fan should be. However, looking back at the game now, it all had a surreal feel to it.

In fact, looking back, it still has that “Wait. Did that happen or did I dream that” feel it. Parts of it just don’t add up. It’s why I put this loss on the coaching staff and not the players, per se.