IF nothing else, the ballooning debate over which QB we should ride with, has had most of the air let out of it. That’s the only silver lining here. The rest is muck and drivel.
I spent the latter half of the fourth quarter saying that I lay last nights loss at the feet of Defensive Coordinator Jim Schwartz. This is due to his repeated unwillingness to make adjustments, even when it’s clear that our opponents have. Former Eagles OLB Seth Joyner later echoed my assessment, and also fingered Schwartz for calling too passive of a game. 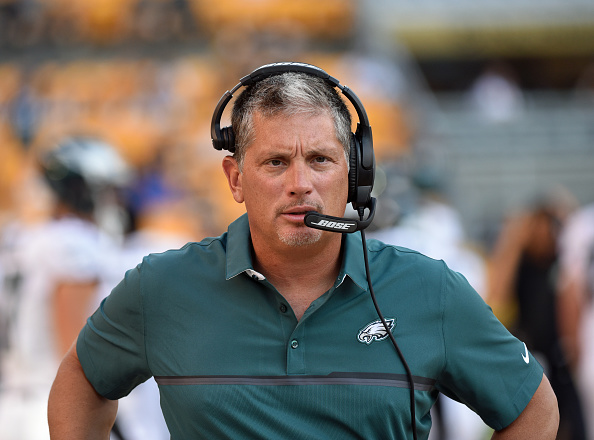 QB Nick Foles (18/31 – 58.0% – 201 – 1 – 2) didn’t have his “A” game yesterday, an with the Eagles having no kind of run game, it was all on him to conjure up a win. It might have been possible had the Offense had more opportunities with the ball. Instead, DC Jim Schwartz seemed determined to make sure that the Saints had all the time and space that they needed, to operate their offense.

2) Sack Attack: We got a couples of sacks, but we did not keep hands up in the QB’s face. As a result he had clear lines of sight to convert key third down after key third down. NOT DONE

While it would have been great to have this year end like last year, we all know that no team can win it all, every year. So we are are going to see more playoff runs that end like this, than like last year. Which will still make for exciting seasons.

That being said, this season was a fun ride while it lasted.

After jumping out to a 14 – 0 lead, we had no business losing this game the way that we did. Personally I see this as worse than the 48 – 7 regular season loss, because it feels like it was almost an inside job. The only thing that keeps me from thinking Schwartz got an envelope, is the fact that he’s been doing this shit since he got here. Here’s what I said in Four Things Reviewed after the Super Bowl:
“ 4) South Paw Switch: To be fair, I didn’t really expect this to get done, since it isn’t actually DC Jim Schwartz’s M.O. to make wholesale changes at the half. It would have however, kept the Patriot from outscoring us 21 -19 in the second half. (NOT DONE) ”

This is who Schwartz is, and this is what we have to live with. For as long as he’s here. Given that this was the last year of his contract though….

One comment on “FOUR THINGS REVIEWED: DIVISIONAL ROUND : SAINTS”