THE Eagles need to string two wins together. Period. Last week we did what we should have, and thoroughly handled a bad giants team. This week offers a somewhat tougher opponent, whom we need to find a way to beat. This isn’t a “must win” game. It’s not a “test our mettle” game. We don’t need to “make a statement” this week. This is about hosting a team, beating their asses, and sending them home. This is TCB. Plain and simple.

QB Carson Wentz is looking better with every game. Right now we’re RB by committee, but RB Corey Clement is clearly the most effective RB on the roster. If I had any say, he would start. As of today, Fletcher Cox and Treyvon Hester (pffft, beats me) are our only fully healthy DT’s heading into Sunday, but the coaching staff claims to have a plan. (Uhhhh…yay?)

This week the Eagles get to decide if last week’s win was us getting our mojo back, or just the giants being worse than we were that night. Aside from this being a conference match-up, there isn’t much to hype about it. This is largely the Panthers team we beat last year. It’s us who’s undergone more significant change since then. For that reason, don’t try to match or compare last year’s game with this one. Don’t think that last year’s formula will yield last year’s results. Don’t expect the Panthers to fold quite as easily as they did last time we played. (Emphasis on the word ‘quite’.) 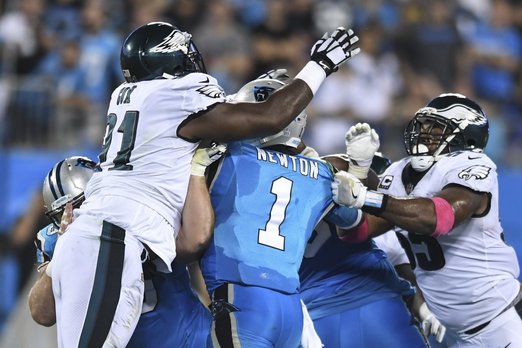 So let’s talk about the Four Things we need to focus on this week versus Carolina :

1) Make their RB beat us: Take away the deep ball, to take away the big play. Panther QB Cam Newton is a guy who plays well only when things go well. He turns into a petulant CHILD when they don’t. 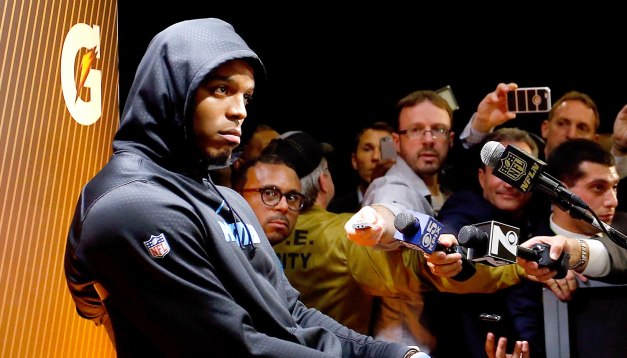 Seriously. What kind of woman fucks a guy like this?

Take him emotionally out of the game, put the offense squarely on the shoulders of their RB, and turn it into a boring, grind out style ballgame.

2) Get a second WR involved: WR Alshon Jeffery has been a beast. His being doubled and bracketed is getting TE Zach Ertz all kinds of open. That said, the Eagles need a second WR (Jordan Matthews, Nelson Agholor, Clifford Franklin…)

to step up, and stretch opposing defenses horizontally, to open up big plays for runs up the middle.

3) Surprise me!: We’re heading into this game with just three DT’s, one of which (Haloti Ngata) should probably be on a pitch count. We have a few DE’s who log snaps at DT, but no one who should play on running downs. Defensive Coordinator Jim Schwartz had better have one hell of a wrinkle up his sleeve, because right now, this sort of looks terrifying.

4) Maintain balance: It would be disingenuous of me to tell the Eagles to “run the damned ball”, again. Disingenuous and beating a dead horse. It seems like they may have gotten my message. They also seem to like it when Wentz doesn’t get beat to shit, during a game. That said, we DO need to maintain a run-play selection of at least 40 percent. Not 35, 37, or 38.9999999. We need at least 40 percent.

The Eagles will split carries between RB’S Wendell Smallwood and Corey Clement, in order for GM Howie Roseman to determine if he needs to make a move by the October 30th trade deadline. Out of 32 teams, the Panthers are 15th against the run. Sso while they aren’t a huge challenge, they are a legitimate proving ground on which Roseman can base his assessment.

While the Eagles rank in the lower echelon of the NFL in offensive rankings, it needs to be stated that we’ve worked past many of the difficulties and injuries that hampered us earlier this season. We also seem to be understanding who we need to be, in order to win. 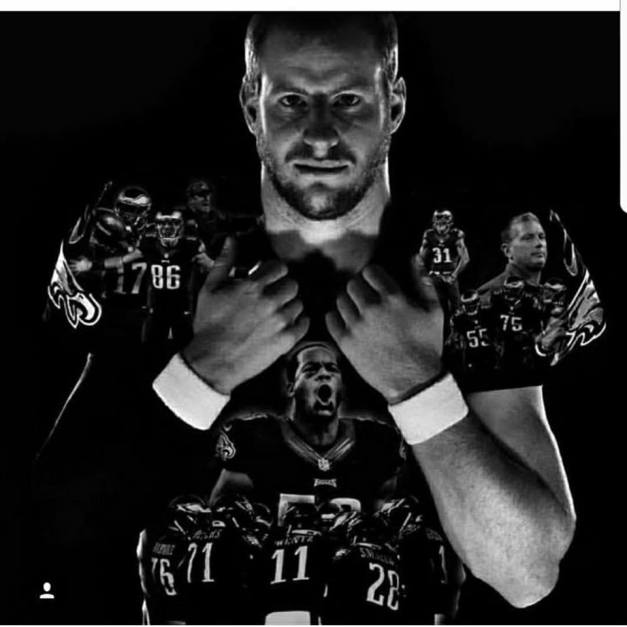 The same cannot be said of a Carolina team that is still missing both offensive tackles, who started every game for them in 2017 (Ouch!). Despite a good QB passer rating, they are a 26th ranked passing team, whose run game is mostly smoke and mirrors. Their RB had 184 of his 349 rushing yards, come in one game. He otherwise averages 41 per game. Newton chipping in (45 – 208 – 4.6 – 3) on the ground this year, inflates the appearance of the Panthers rushing attack, on paper.

The Panthers live on their defense getting pressure and forcing turnovers. If an opponent doesn’t feed these paper tigers, they usually fold by about a touchdown. We don’t commit a ton of turnovers, so as long as we stick to that, we should win a close one that comes down to the last possession or so. 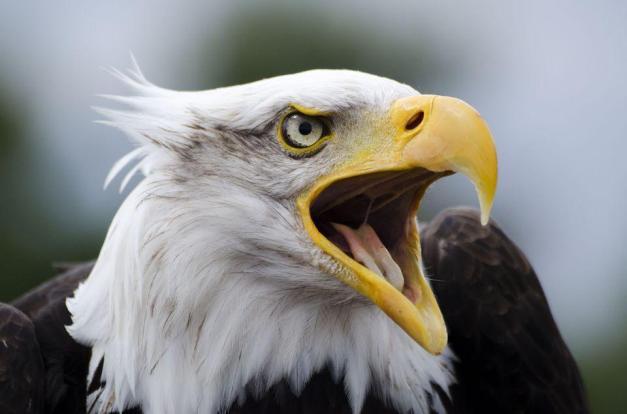