THE BEST D-LINE IN THE NFL

WHEN the Los Angeles Rams went out and signed free agent DT Ndamokung Suh, the cry heard ‘round the world was that the Rams now had the best defensive line in the NFL. Pairing Suh with DE Aaron Donald is talked about like it’s the end-all be-all in the NFL. People are talking like the Rams are now the favorite to win the Super Bowl in 2019.

The Rams will boast an extremely scary interior, that is just as disruptive against the run as the pass. But still it’s just two guys. One of which will be learning to switch from being a 4-3 DT to either a 3-4 DE or NT.

They play a 3-4, so you have to look at the front five, not four. Take a look up and down their ROSTER and you won’t see another player to fear. DE Michael Brockers? He has 19 sacks in 6 years, after being selected 14th overall in 2012. Everyone else is a career back-up who’ll now be counted on to make difference. (I guess.)

Then of course there’s the grand-daddy of them all, the Philadelphia Eagles. 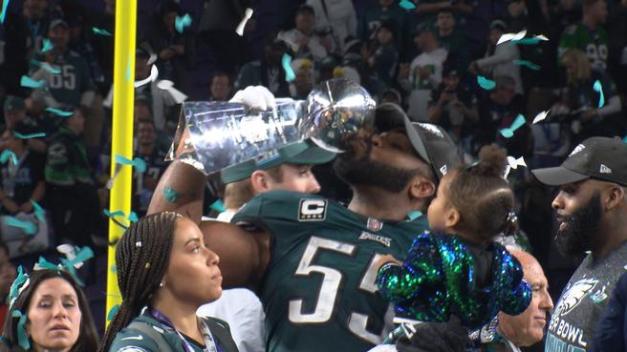 The Eagles boast Fletcher Cox, Timmy Jernigan and Haloti Ngata at DT. At DE There’s Brandon Graham, Chris Long, and Derek Barnett. We lost DE Vinny Curry and all we could find to replace him with was some guy named Michael Bennett. That’s SEVEN players. The Eagles are literally, TWO defensive lines deep.

We don’t just have starters better than the Rams starters, we have better back-ups than the Rams starters. (DE Steven Means and DT Destiny Vaeao don’t qualify for this list because of who’s in front of them, but if Bennett misses any time, you’ll see those two make a serious contribution in his absence.)

Even if we were to throw out things like sacks and hurries as a measure of an individual player’s effectiveness, there’s the fact that the Eagles as a team, allowed just 79.2 rushing yards per game, to the Rams 122.3. That’s number one vs fifth worst. Also our key players aren’t in their first year of the scheme.

As things stand, the Rams D-line may not even be as good at the Vikings. IJS.

3 comments on “THE BEST D-LINE IN THE NFL”