THERE can no longer be any debate over which team is the class of the NFC East. We are now officially the first team in the NFL, to be guaranteed to finish over .500 for the season. That said, there is still the matter of qualifying for the playoffs to nail down. That’s Step One. Step One is still the mission. Next man up, No excuses. 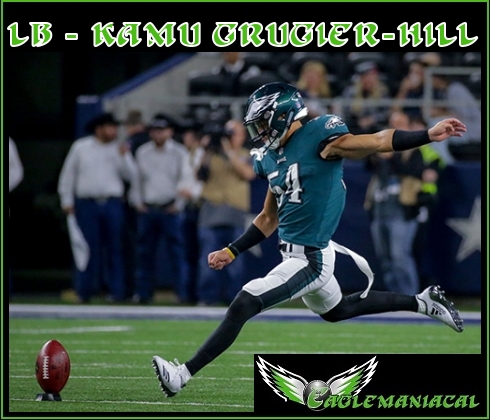 The Defense snagged 4 sacks, 3 interceptions, and OLB Nigel Bradham (6 – 0 – 0 – 0) returned a fumble for a touchdown. CB Ronald Darby (8 – 0 – 1 – 0) reclaiming his starting spot (after being out with an injury for 8 weeks), prevented two touchdowns in the end zone, by deflecting one pass, and picking off another. Rookie DE Derek Barnett (3 – 2 – 0 – 1) spent the night harassing Dallas’s 4th round QB, until the Cowboys coaching staff mercy’d him in the 4th quarter, allowing the back-up to be just as ineffective.

1) Take away the run: “We need take away the reliability of their rushing game and dare their QB to carry the game.” While we did give up a few good runs here and there, we absolutely took away the reliability of their run game. The onus of winning the game was placed directly on the shoulders of their 4th round QB, and he responded by turning the ball over FOUR times (3 interceptions and a fumble). He looked very much like a guy teams would pass on for three, maybe four rounds. (DONE)

2) Sak Prescott: QB Dak Prescott (18/31 – 58.0% – 145 – 0 – 3) was sacked four times, fumbling on one of them. Missing their All-Pro LT, Dallas compensated by having Prescott bootleg away from the substitute LT who allowed one guy to get 6 sacks last week. Didn’t help. Statistically, Prescott had a worse game this week (in every regard) than the disaster he endured last week. We indeed did play a DT over their LG and left the LT in isolation with our DE rotation. However, it was Barnett who really had his way with the over-matched fill-in. (DONE)

3) Slot their throats: This is one of those times when one of the things was technically done, but not done truly in the spirit of how it was meant. The Eagles made a deliberate effort towards involving receivers who lined up in the slot. Also, when the Cowboys went Nickel to compensate, we hit them with the run. Said all that and we did it. Technically. What would have been nice is if more of those passes were held onto. That said, Wentz did hit WR Alshon Jeffrey (4 – 67 – 16.7 – 1) who lined up in the slot, over the middle for a honey of a 17 yard touchdown pass. (DONE)

4) Run ‘em down: The first half of this game had too many incompletions and too many pass attempts. The team wasn’t doing what it was supposed to do and as a result we were down by 2 at the half. Coming back out, we turned on the run. We had 30 called runs for the night (3 by Wentz), which was the mark we needed to hit. (DONE)

This week our Four Things score is an uneasy 4 out of 4. That brings the year’s numbers to 34 out of 40. Next week we’ll see if we can keep this crazy train running when Chicago comes to Philly.

The most impressive part of the game was what happened after K Jake Elliott went out with a head injury. Reserve LB Kamu Grugier-Hill stepped up to do our kicking, and handled 4 kickoffs without a single flub. The coaching staff adjusted, deciding to not even attempt Field Goals, since KGH couldn’t reasonably be expected to be accurate. It wasn’t “next man up”, it was “somebody has to step up”.

Offensively, the coaching staff did an excellent job of adjusting after the half. Early on, our passing game wasn’t firing on all cylinders, like we’ve come to expect. Instead of forcing the ball with a “keep firing” mentality, the staff shifted gear and opted for a more conservative and physical approach.

And it worked, like I said it would work.

Defensively, we took away the run and dared Prescott to beat us with his head and his arm. Yet again, that strategy paid off for a Cowboys opponent, as Prescott is just not capable of putting a team on his back. It also didn’t help that we kept him under nearly constant duress.

This team utterly refuses to be derailed by anything. The craziest part is that we aren’t just eeking out wins, we’re kicking ass wholesale and doing it with STYLE. I can honestly say that in nearly 3 decades as a football fan, player, and coach, that I have never seen anything like this. We look like a team of 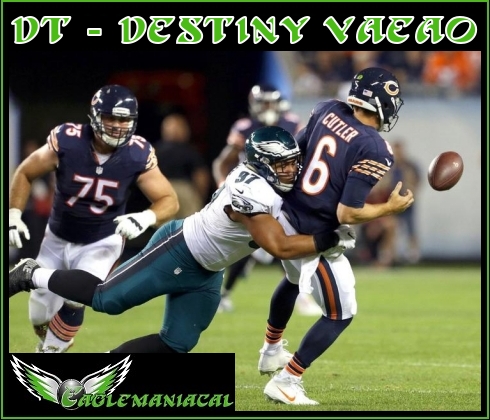