LAST year…The Redskins finished 8-7-1 overall, and 3-3 against the division, while allowing a division worst 383 points. The original idea was to build on winning the division in 2015 behind their 9-7 record. Instead, 2016 saw the ‘skins hit a number of bumps in the road. Many of those problems were self-inflicted wounds from a team that bought into their own hype.

That was last year. The following is how the team looks today, prior to the Draft….

QB:
Good news ‘skins fans! Kirk Cousins didn’t go to San Francisco, and you leased him for another year! That means that the ‘skins have a reliable QB. At least for the 2017 season. This is more than some teams (like San Francisco) can currently boast right now. Who knows who the 49ers may sign next year, right? So at least in this regard the ‘skins are okay. In 2017 at least. The concern comes in the form of Cousins’ chemistry with his revamped receiving corps, and whether he’s even interested in developing such a thing with new players on this team. For reasons that will unfold as you keep reading, he may spend 2017 thinking about his next team in San Fr- As far as depth, Colt McCoy is a proven, veteran back-up. (+)

RB:
Matt Jones began the season as the Starter, then he got hurt in Week 7, missed Weeks 8 and 9, was deactivated Week 10, and then demoted to 3rd string. He would never play another down for the remainder of 2016. The guy who took over for him is Rob Kelley, who came on with fresh legs, and he played like gangbusters. For a couple of weeks, that is. Then he came back down to Earth as the one dimensional, downhill runner that he is. They also have Chris Thompson who used to be the 3rd string, but now is ahead of Jones, who used to be the Starter. They have no idea what they’re doing there. (-)

WR:
Last year the ‘skins boasted two WR’s (Pierre Garcon and DeSean Jackson) who went over 1,000 yards. Today both players are on other rosters. Bright spot Jamison Crowder did grab nearly 70 balls for over 800 yards in 2016. Of course some of that had to do with the room created by teams respecting Jackson’s deep speed. Crowder may find 2017 more…crowded. This year’s bunch also includes second year man Josh Doctson, QB-turned-WR Terrelle Pryor, and former Ram Brian Quick. Pryor himself caught 77 balls for over 1,000 yards last year, in Cleveland. There is some talent here, but this group won’t scare anybody. (-)

TE:
This team is set at this position. Jordan Reed is more of a receiver than a blocker, but his prowess as a receiver keeps teams from loading the box. That means Washington is able to run the ball, regardless of whether or not he’s on the field. (Yes, you did detect a note of envy.) Behind him the team has Vernon Davis, who found the Fountain of Youth last season. This team has no worries here. (+)

OL:
The ‘skins return all five Starters from a unit that allowed only 23 sacks and managed to carve out 4.5 yards per rush, from a stable of underwhelming RB’s. I’d give this unit two pluses if it wouldn’t be a violation of protocol. (+)

Man, oh man. What none of these positional breakdowns can tell you is, this franchise is drowning in dysfunction. They fired their GM on the doorstep of Free Agency ‘s beginning, and given their player losses, it’s clear that his firing has had a negative impact already. What remains is a mixed bag. On offense they have a really good offensive line, protecting a QB who is likely eying the door. Cousins must be thrilled about losing two 1,000 yard receivers, and having them replaced with question marks, (in what for him, is yet another contract year). Had he known that was going to happen, he may not have agreed to let Washington rent his body for another year. Their decision to keep a RB on the roster that they demoted, and then made a healthy scratch for over half the season was priceless. An absolute stroke of genius. Or maybe just the result of a stroke. This unit is clearly less than it was a year ago. Barring brain damage, even the most devout ‘skins fan would have to admit that. Nice TE’s though. (-)

DE:
This position is a mess. The loss of Chris Baker has left the cupboard bare at DE. Ziggy Hood is the anchor right now at this position, which has to be depressing for anyone who genuinely cares about this team. Former Temple Owl Matt Ioannidis, (barring a draft pick here), has to be the guy in line to step into the void left by Baker, even though Ionaiddis is more of a DT. There’s also a guy named Anthony Lanier, who can now be glad that something (this article) comes up when he Googles his name. (-)

DT/NT:
So many bodies at this position and– Hey! Wanna hear a joke? Phil Taylor is on this roster. Phil Taylor…Yeah, him. The former Brown who can’t stay healthy and hasn’t played a down since 2014. That guy. Washington is giving him money for some reason. They also poached(?) Terrell McClain from the Cowboys, and Stacy McGee from the Raiders. Between the two, they recorded 24 starts, 57 tackles and 5 sacks last year. (Shrug.) There is also A.J. Francis who seems to specialize in getting cut from teams. Odds are strong that all of these guys will see time being moved around between NT and DE, to see who gives the team the lowest failure rate in each position, along the ‘skins three man defensive line. (-)

OLB:
I like Ryan Kerrigan. I wish he could be a very good DE in a 4-3, instead of being a one-dimensional OLB in a 3-4. He of course was the model of reliability with his 6th straight year of 16 starts, while tossing in 11 sacks for good measure. On the other side, second year man Preston Smith also started 16 games but notched just 4.5 sacks. Trent Murphy didn’t log a start all year, but notched 9 sacks, which was 3 more than his prior career total of 6. What’s disturbing is that not one of these players reached 50 tackles, and in a combined 48 starts, there were only 6 pass break-ups, and 1 interception between them. This position is staffed by players who are more like DE’s and less like true OLB’s, ultimately trading effectiveness for statistics (i.e. sacks). It is this position’s one-dimensional nature that is really keying the ‘skins slide. (-)

M/ILB:
Mason Foster was a tackling machine last year, pulling down a career high 124. Will Compton added 106 stops of his own. If the stops are there to make, you have to give the players credit for making them. (Though it does raise the question of why so few stops get made by the line.) They also added Free Agent Zach Brown, so I’m guessing that Compton will now serve as depth or play situationally on the outside. Rookie Su’a Cravens filled in for three starts missed by Foster last season, and came nowhere close to filling his shoes out there (thus the addition of Brown). Cravens’ small frame may be ill-suited for finding a starting role in the defensive scheme currently favored by this team. His best days may be a coaching staff away. (+)

S:
This may be the worst Safety corps in the NFL. While Duke Ihenacho and Donte Whitner weren’t great, losing them without replacing them leaves the ‘skins relying on a bunch of question marks and whatever is left of CB turned FS, DeAngelo Hall. If you’re a giants, Cowboys, or Eagles fan, this is great! If you root for the ‘skins… you have to be hoping for a Safety in the first round. (-)

CB:
Between Josh Norman being moved around to protect him from having to cover #1 wideouts, and with Bashaud Breeland being beat like a dusty rug, it seems easy to give this position a failing mark. Funny thing is, other sports outlets (PPF, Fox Sports, etc.) seem to view them favorably. This only seems funnier when you realize it’s a steep amount of praise for two players who keyed a 25th ranked pass defense. (But what do I know, right?) Kendall Fuller looks like he’ll be the Nickel again. Unless he’s unseated by Tharold Simon or Quinton Dunbar. (Yeah, me neither.) In my heart of hearts, I think this is a subpar unit. However, as gesture of humility, I won’t post my (-). Instead I will post the grade set by “professional evaluators”. However, it’ll be interesting to see whom fans think was right, at the conclusion of the 2017 season. (+) 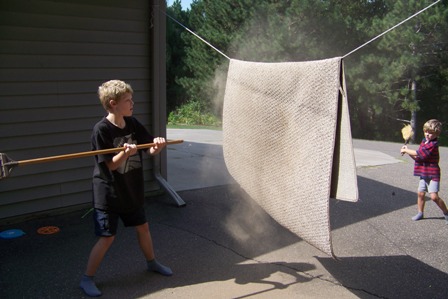 This was a bad unit that was made worse through key losses. It would be different if veterans were jettisoned to make way for promising youth, or if the Redskins had a bunch of early round draft picks, but that isn’t the situation. This situation is so bad that I just posted someone else’s ranking of a position, because it won’t mean dick to the overall unit’s outcome. It’s a one-dimensional group of sack hunters, that can be had easily on the edges. Without a ball control offense to hide behind, Washington’s defense is going to get skinned in 2017. (-)

K:
Dustin Hopkins saw his FG accuracy tumble by more than 8 points (89.3 to 81.0), and missed 3 extra points on the year. Novice fans would say that he’s just a Kicker, but those kicks win and lose games. Their loss last year to the Lions and their tie with the Bengals are two examples that very thing. (-)

RS:
This is where it gets a little weird. Jamison Crowder would seem to have a lock on the PR spot, but that’s only if they screw him over at #1 WR, a spot which he earned last year. Trying to make him do both will only grind him into dust. As for KR, five guys across 16 games got a shot at the job, and as a team they amassed a meager 570 yards. Not a dangerous unit. (-)

Special Teams across the board took a tumble for this team. This all but screams a lack of emphasis by the coaching staff. Seeing as there was no competition brought in at either K or P, you have to assume that the ‘skins have decided to live with what they have. This is not the way you inspire improvement. (-)

There is far more wrong with this team, than there is right with it. Had they let Cousins leave, they’d at least be able to claim that they were rebuilding. Instead, Washington remains a team with high external expectations, that is rotting internally. Expect them to be a 6 win team this year.