GETTING DRAFTY IN HERE 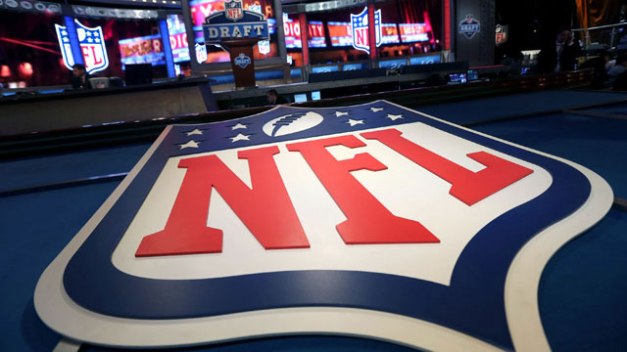 BEFORE everyone starts crowding the air with pick predictions and such, let me get some names out there of guys who’d fit well in an Eagles uniform. This is my Wish List. It is not a prediction list.

Right off the bat I want to say that I don’t see anyone that I love in Round One. If we grab RB [Ezekiel Elliott], no one in his right mind could argue the pick, but the idea is to add firepower to multiple positions. So trading out of the first and picking up some extra picks wouldn’t be a bad move this year.

I’m not a fan of trying to pick guys according to where they’re “supposed to go”. Stop worrying about where you get a guy and just make sure that you get the one you need. Just get the guy you need, with your pick. If that means grabbing a guy projected 7th rounder in the 5th, then so be it. This isn’t about making Mike Mayock and Mel Kiper look good, it’s about getting people who fit, and getting them before anyone else can. That’s the mission. That’s the point.

Normally I stop at the fourth round, but since we have two picks in the fifth this year, I feel it would be irresponsible not to at least mention guys we should grab there. I’ll start from the bottom (5th round) and work my way up.

C – AUSTIN BLYTHE: C Jason Kelce misses significant time every other year and last year he played all 16 games. So having a solid back-up is a must, not a luxury. Blythe is nothing flashy, but he gets his man blocked and generally eliminated from factoring into the play. He has issues with speed rushers as a Guard, but as a Center that would hardly be a problem. He has a sixth/seventh round grade on him, but I’d nab him with our second pick (27th) in the fifth to ensure that we get him.

DT – MATTHEW IOANNIDIS: I like him as a rotational DT/DE. Ioannidis is about power and hustle, and that’s a great second-line weapon to have. Watching film of him made me think of another high-effort former Eagles DT named Andy Harmon. If this guy is still on the board when we make our first pick (14th) in the fifth, this is the guy to use that pick on.

QB – BRANDON ALLEN: Last month when I wrote that we should draft a QB, I also outlined what we should look for in one. Allen fits the bill to a “T”. I’ve seen him with as low as a 7th round grade on him, but that was prior to the Combine, so who knows where the hype (if he gets any) may take him. In any case I’d jump on him several rounds early. By several rounds early, I mean like fourth round (2nd) early. Everything about this guy SCREAMS steal.

OLB – JOE SCHOBERT: We need a weakside LB. While that may get addressed in Free Agency with guys like Zach Brown or Nigel Bradham (who I wanted us to draft), I really think the guy we plug in should be a younger guy who will more readily defer to Mychal Kendricks as the leader of the LB’s now that DeMeco Ryans is gone. A high-priced veteran might balk at that. Schobert, (unlike too many of this years OLB’s) can also cover, and is not just an extra pass rusher. He has a fourth round grade on him, and we have two third round picks. I’d grab Schobert with our second pick (16th) in that round. Note: I started putting this list together in late February, and I nailed the shit out of the Bradham signing. Feels great after blowing the Bradford prediction.

DE – SHAWN OAKMAN: DE is not really seen as an area of need for the Eagles, but watching some video of Oakman, I saw something in him that you usually don’t see. Check out most DE and LB Draft highlights and you’ll see guys making sacks or tackles for losses where they’re untouched or barely touched on the way to the ballcarrier. Oakman is different. He’s beating blockers who get squared-up blocks on him. Sometimes he beats two at a time. In the NFL, Defensive Linemen won’t be allowed many free shots, and Oakman already doesn’t need any. He already plays a man’s game. I’d lay hands on him with our first pick (14th) in the third.

OG – JOSH GARNETT: He has a late second/early third round grade on him, so trading out of the first round, and grabbing this guy early in the second would be a solid way to go. Garnett is a mauler inside who keeps his hands on his man and drives him back, instead of just settling for getting in a defenders way. He’ll help give us a solid interior for years if we added someone like 26 year old free agent G Kemechi Osemele. Or, since Lane Johnson is already making LT money and since he’s moving there one day anyway, why not move him there now? Jason Peters has another 1-3 good years in him if he’s moved inside to LG, and he can also mentor Johnson to boot. Either way Garnett at RG is a piece to build on, and 4/5 of our O-Line is done before Day Two of the Draft. If we can’t pick up a second rounder another way, trading down to get this guy would be a great start to the Draft for us. Note: We got Brandon Brooks instead of Osemele. Meh.

You might have noticed that there are no WR’s or DB’s on this list and there are three great reasons for that.

1) There was no point in adding WR’s. What we lack at WR is a guy to take the top off of defenses and there aren’t many of them this year. To get one we’d have to grab him way early and ignore our glaring need for O-Line help. Not just that but the couple of guys who do fit the bill look more like role players than starters.

2) We’ve been collecting DB’s for the past three years now, and we have more than enough of them. Our issue isn’t numbers and it’s not even talent. It’s coverage scheme. Spending a Draft pick won’t fix that. That said, the Eagles will almost certainly waste a pick on a DB. I just hope they wait until the sixth to do so.

3) Our team needs an image makeover. While none of the guys listed above are “thugs” or “card carrying tough guys”, they all bring the game to their opponents. It’s lunch pail group of guys whose tape shows fire in their bellies. It’s a list of guys who excelled in today’s game by playing throwback football. And throwback football is what wins you playoff games. You bring these guys in and then you add to them in 2017, and let throwbacks teach throwbacks. Soon you have a Football First culture, instead whatever candy-ass “culture” TIK(The Idiot Kelly) infected our team with over the last three seasons.

So this is my Wish List for the first 5 rounds. Not predictions, Wish List. To hell with where a guy is predicted to go, just get us the guys we need.