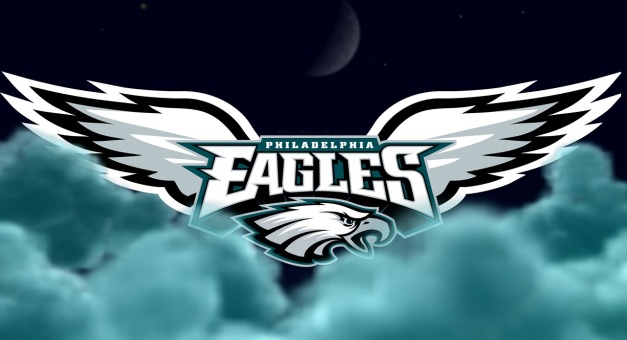 THIS is a dangerous game. The Eagles need this game. Don’t lie to yourself and tell yourself that this game is anything less than must-win. Right now we sit solidly outside of wild card contention so our best shot is to win the East outright. The problem is at 4-4 we’re a win behind the 5-4 giants. Before you get your hopes up about the Patriots helping us by beating the giants this week, keep in mind we still have to face New England ourselves. So the favor they do us this week they could hand back to the giants in few weeks.

You may not recognize the Defense this week. Our top four active tacklers are all players in the Secondary. I say “active” because our #2 tackler was rookie ILB Jordan “Cowboy Killer” Hicks, before he was lost of the year with a pectoral injury that even he didn’t think was so bad at first.

The upshot of this is that our ILBs will be DeMeco Ryans and Kiko Alonso. After weeks of not really playing together in live-fire since Week Two, the communication and depth in the heart of our Defense will be seriously tested.

The rankings say that we’re in the top third of the NFL, but when you watch all those quick three-and-outs, and our 30.8% 3rd down conversion rate, you know our ranking is owed less to our own excellence, and more to a creeping mediocrity throughout the NFL.

We can run the ball pretty well as long as we rely more on a straight ahead power concept and less on the zone-read stuff that worked better when LeSean McCoy was here. Our top WR Jordan Matthews has 48 catches. The next most catches by a WR? …15 by Josh Huff. There is no balance here.

Our Offense needs our QB like a kayak needs a 65 pound anchor. He’s just as likely to throw a pick as he is a touchdown, and his target selection is a huge part of our awful 3rd down performance. But as long as this team treads water around the .500 mark, fans will hem and haw that “maybe he’s beginning to come around”.

They suck vs the run, and were middle of the pack vs the pass. I said “was” because 7 of their teams 13 sacks just tore his Achilles tendon and is out for the season. So like last week against the Cowboys, we just got a big, fat softball, slow-pitched to us.

There really isn’t much to say on this one. There’s a small handful of household names (Ndamukong Suh, Koa Misi, Brent Grimes, Kelvin Sheppard) making tackles, but not really making plays. When your SS is your leading tackler by 20+ tackles, and you still have the leagues 31st ranked run defense, your unit is not pulling it’s weight.

What they aren’t is prolific, but this unit is conceptually well balanced and has the appearance of being in a learning phase with their offensive system which is pretty much the same Spread concept that we run. Despite canning their head coach a few weeks ago, the Fish stuck with former Eagles assistant Bill Lazor as their Offensive Coordinator. They’re onto something and they know it.

This is not a particularly explosive group, but they can create big plays, can surprise you, and can put up points. Eagles fans who don’t also play fantasy football may find themselves surprised by RB Lamar Miller, he’s not as physical as his body type would suggest, but the trade-off is that he’s much faster than his build would suggest. And he can catch. QB Ryan Tannehill (now with an OC who gets developing passers) looks to be putting it all together finally.

It’ll be interesting to see how Coach Kelly coaches against a version of his own system run by a guy who helped us be so dangerous two years ago.

A win says that maybe our team has enough in the tank to beat the teams they should beat. A loss says that our coach can be schooled by his own former assistant, who’s being led by a substitute teacher. But the truth is that Miami is already out of the AFC playoff picture so they may play their youth more to teach them, help with their 2016 Draft positioning, and limit playing time for vets with incentive laden contracts.

Since we need this game more than the Starkist Bunch, the Eagles should come out swinging. We can’t afford a loss here. We just can’t afford it.