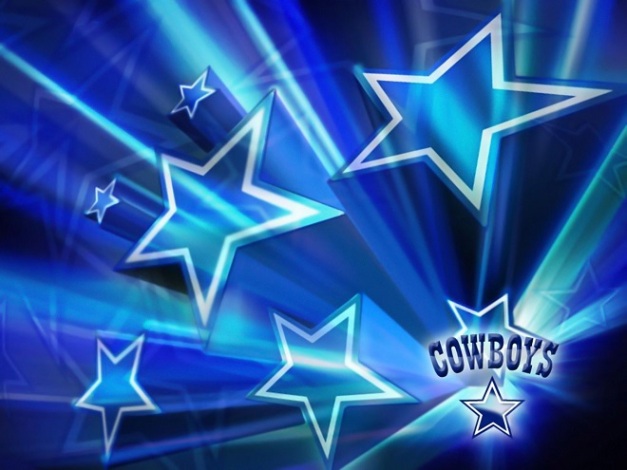 LAST season saw the Cowboys end up at the head of a troubled division, as they went 12-4 overall, but only 4-2 in the NFC East. This was a step down compared to their 5-1 divisional record in 2013. While they did add 4 wins over their 2013 total, they regressed in terms of their ability to handle their closest rivals. This was made evident by two humiliating losses in their own home, (a 20-17 loss to the Redskins behind a 3rd string QB; and a 33-10 Thanksgiving Day hit and run committed by the Philadelphia Eagles). Both of which took place in nationally televised games. Dallas would go on to pull off a controversial playoff win over a wild card team, only to have a chance at the NFC Championship Game slip through their fingers the very next week.

But despite all their success, that was 2014, let’s see where the Cowboys stand now.

QB: As long as Tony Romo can outrun his looming back issues, the Cowboys have a shot at relevance. The second he goes down, fans would be smart to put their jerseys in long-term storage. That said, you only play one QB at a time and you don’t rotate them, so Romo IS the situation. If that were any different this would be a VERY different grade, because this team cannot afford to be without their starter. (+)

RB: (I was just going to say something snarky and move on, but there are some things that just NEED to be said.)

2014: The Cowboys 12-4 mark was purchased on the legs of DeMarco Murray, (who Jerry Jones let walk for less money than he’s hoping to pay to an older RB with twice the wear and tear). The 392 carries Murray logged last year kept teams honest, and kept Tony Romo upright and in games.

Fast-forward to now: The best RB (talentwise) on the roster is brittle, FA acquisition Darren McFadden, with only 485 carries for merely 1,620 yards and a meager 3.3 yards per carry over his last three years. Now before you blame that on him being a Raider, consider that in 2014 Raider rookie Latavius Murray averaged 5.2 per crack; in 2013 Rashad Jennings posted 4.5; in 2012 nobody else had significant enough number of carries to compare with, but it’s interesting that over those same 3 years FB Marcel Reece averaged between 4.0-4.7 per carry every year. Whether McFadden has anything left, remains to be seen, but what we already know is that in 7 years he’s started 63 of a possible 112 games. That’s 63 times he could be relied on and 49 times when he couldn’t. This should be troubling for Cowboys fans considering that instead of handing the mantle to Joseph Randle, the Cowboys opted to sign someone with McFadden’s track record. It’s a low risk move, but history says it’ll also be low reward. (-)

WR: It’s Dez Bryant and just some guys out there. Cole Beasley has fewer than 920 yards in his 3 year career and all of 6 career TD’s. (Yet somehow that was enough to earn him a 13M$ deal, with 7M guaranteed.) If Terrance Williams were a real threat, he’d make so much more of having coverages rolled away from him constantly. Frankly, Williams regressed in his second year, playing in 16 games and recording fewer than 80 yards in every single one of them, despite the draw of Bryant on the other side and a loaded box designed to stop DeMarco Murray. In fact he has recorded 80 yards or better only twice in 32 games despite starting 24. (-)

TE: While Jason Witten may no longer be a 90 catch player, he still gets open, still makes the grabs and holds onto the ball. He’s also as reliable as the sunrise, and was an unsung hero in helping clear the way for DeMarco Murray in 2014. Gavin Escobar has the tools, but whether or not he’ll see playing time is another matter. (+)

OL: A great deal is made of how good the O-line is due to the success achieved by DeMarco Murray in 2014. That seems lopsided though. How good can an O-line be when they enter the season knowing their QB has back issues, and still allow him to be sacked 29 times in 15 games? Clearly anyone who gives this group kudos, is only focusing on half of their performance. Though this line is vastly overrated, it is a solid unit; and re-signing Doug Free was a stroke of genius as far as locker room morale goes. However, if they can’t rely on the run this year, we may end up seeing a lot of the Cowboy’s back-up QB. (+)

In a nutshell: The Cowboys took the V8 engine out of last year’s ’69 Dodge Charger, and replaced it with an I4 1.8L from an ’82 Chevy Cavalier. (Ask your mechanic.) It’ll still run, but why anyone would expect this unit to win the race they lost last year, is a total mystery. (+)

DE: Greg Hardy will give this defensive line some credibility, and should generate double teams that open up opportunities for players like Jeremy Mincey OR Demarcus Lawrence to do something other than suck. The issue here is finding out how Hardy’s suspension will be. Until then the two players (Mincey AND Lawrence) holding down the ends, both suck. (-)

DT: Henry Melton was allowed to walk in FA, so now the Cowboys are left with Nick Hayden and Josh Brent as their top interior linemen. The only problem is neither has proven to be a playmaker at the NFL level. (-)

OLB: This is a really weak bunch. So much so that it’s hard to project a starter, outside of second year man Anthony Hitchens. (-)

MLB: This team’s best two LB’s Sean Lee and Rolando McClain play this one spot. I’d bet on one of them being slid outside this year. The issue is whether or not either player’s legs can handle lots of coverage duty. Regardless, this team is two players deep here. (+)

S: Opponents used the Cowboys secondary for target practice last year, but with FS J.J. Wilcox and SS Barry Church being young players, it’s highly doubtful that the Cowboys shake this up and they’ll just hope these guys are a year better. (-)

CB: Remember when Brandon Carr said he was aiming to be a shutdown CB in 2014? Hey! How’d that go!? Morris Claiborne played 15 games 3 years ago, 10 games 2 years ago, and 4 games last year. At this rate he’ll be injured while packing for Training Camp. Orlando Scandrick handed in a decent 2014, but this group is still a laughingstock. (-)

In a nutshell: This defense benefited highly from a ball-control offense that kept them from having to be on the field a lot. If they don’t get that same break this year, this unit will get exposed. (-)

P: Chris Jones is the guy unless something truly bizarre happens during camp. (+)

K: Dan Bailey is a really good kicker coming off of a bad year. He had 3 misses and a block in 2014. None of those ended up hurting the team in terms of affecting the outcome and he had zero games with multiple misses. (+)

RS: With the departure of Dwayne Harris the likely guy to inherit this mantle will be Lance Dunbar, as the Cowboys last ditch effort to get value out of paying him, but he’s been no great shakes as a returner so far. (-)

2015 Cowboys fans can expect a trip back to the past. Remember all those years of posting 8-8 records? Well this team has all the earmarks of being a .500 ball club again. Remember when it was all on Romo and the run game was spotty? The ONE YEAR they fixed it, they went 12-4. Then they turned around and blew it all to hell again. Maybe Dallas wins the East again if 9-7 will do it, but nothing about this team now says double digit wins.