WILL NFL LOSE ANY CREDIBILITY? 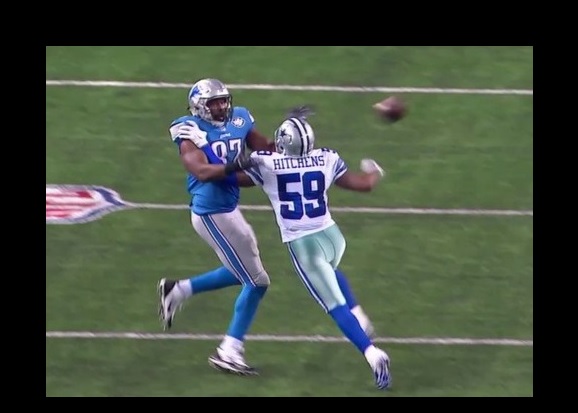 YESTERDAY the NFL took a serious hit to its credibility when hours before the Lions/Cowboys kicked off, it was reported that the Head of NFL Officiating, Dean Blandino, was seen partying on the Dallas Cowboys bus. This is an old report, but still. There was no doubt going to be an inquiry into what he was doing there. It all could have very well turned out to be harmless.

But then there was that play.

Full disclosure: I did not watch the game. I was avoiding sports after learning of Stuart Scott’s passing, and instead decided to continue my personal ‘Breaking Bad’ marathon on Netflix. (And YES, I’m aware of the irony there.)

However, once I came out of my cocoon, it was impossible to escape the replay. If you were sitting anywhere near a screen, you couldn’t avoid it. At such a critical point in the game, to get a call wrong is bad enough. But picking up that flag was more than just wrong. It was a deliberate and blatant an act of sabotage.

To call that anything less than tampering is to deny what the entire world saw. Former-referee-turned-FOX-rules-expert Mike Pereira, has said that flag should not have been picked up. HOFer Warren Sapp (a proud Cowboys fan) described it on Twitter as “Home Cookin”. As you saw (if you clicked the link), Sapp wasn’t the only former player to make it known that he thought tampering had taken place.

If this was just one bad call, it would simply be a blown call; but the sheer blatant nature of the act, set against the backdrop of Blandino getting all cozy-cozy, nice-nice with the Cowboys…It looks bad. There’s prima facie here people. LOADS of it. On record and broadcasted nationally.

Sweeping this under the rug, won’t do. Waiting for it to blow over, won’t do. This one (like the blown Fail Mary call by replacement refs a couple years ago), is burned into our collective, public memory. And just like we’ll remember this for years to come, we’ll also remember if the NFL acts like nothing, specifically nothing wrong, happened.

4 comments on “WILL NFL LOSE ANY CREDIBILITY?”