DO you see? Just like that, the Eagles are already getting better.

NOTE: I wanted to get this one in before we play the Browns today.

I wrote last week in EASILY FIXING THE EAGLES that the team’s issues stemmed from a culture without enough competition built into it. I also wrote a week prior to that, in HOW TO HELP CARSON WENTZ that he is at his best, with a hard-nosed running game, not a finesse one.

So what moves did the Eagles make?

Move The First: We signed RB Jordan Howard to the Practice Squad. For casual Eagles fans there’s a lot in that move that’s easy to miss. For someone like me, it’s all the subtle things that jump out at me. It’s all the “down the line” implications that I’m excited by. It likely won’t impact THIS game, but that’s beside the point.

Howard should have never been cut in the first place. Despite RB Miles Sanders’s obvious talent, he still could benefit from the presence of a veteran RB, to bounce things off of. RB Corey Clement fits the bill, but the Eagles spotty commitment to him, gives his voice less weight when talking to younger players.

With their treatment of Clement and cutting of Howard, the Eagles created a situation where there was no player to mentor Sanders. Thus, he’s still making small mental mistakes, that have huge impacts. Like on his blitz pick-ups, and pass route landmarks. Signing Howard, and letting Sanders see a vet do it, will help with that.

Move El Dos: Elevating RB Elijah Holyfield from the Practice Squad to the Active Roster. The advertisement on Holyfield is that he will be a tough, between the Tackles runner. The film on him says different. It says that once he gets past the line of scrimmage, there’s been too much East-West running in his very short football history. At least for my taste.

That being said, he was young and playing in Carolina. The Panthers had a playbook developed for a WR small RB trying to prove a point. So coming here, may help fix some bad habits that Holyfield may have picked up there.

Those two moves by themselves are solid personnel moves. Add a veteran mentor, who has a skill that you clearly lack. Then elevate a guy from the Practice Squad, so you can get enough tape to evaluate him at season’s end, to determine pressing Draft needs. Solid GM-ing.

Now for the parts that are easy to miss.

Last week the giants made forcing-feeding us the run, look like Bluto force-feeding spinach to Popeye.

But how was the Eagles Defense supposed to practice stopping that kind of downhill run game, without selling out to stop it? Practicing against which RB? Sanders? Clement? RB Boston Scott? Holyfield was on the PS, but he isn’t the downhill runner that Howard has proven to be.

There is a role for a short yardage/back-up RB on this team. The elevation of Holyfield and signing of Howard (who mostly still knows the playbook), is a competitive situation. Two players making Practice Squad money, who want real contracts. Real careers. Suddenly the Eagles are going to be practicing better. Do you see?

For a RB to impress in practice, he has to embarrass defensive players. If a defensive player is embarrassed too often, he may lose starts. That means our LB’s and Safeties are officially on notice. If they don’t get it now, they will the first time one of them gets run over by a teammate. Do you see?

I wrote just four days ago that THIS was the way to fix the team, and it is already underway! I doubted that the Eagles could/would do it during the season. Yet here are two subtle moves, that will spur culture change in the team’s practice habits. On both sides of the ball! Practice habits are work habits. They become game habits. 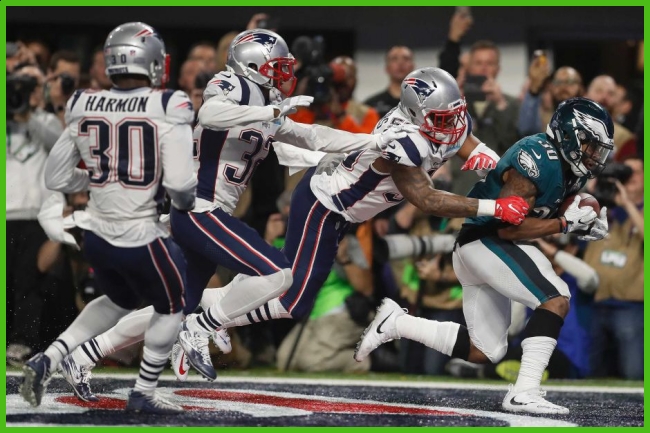 THE news that we’d re-signed RB Corey Clement was a breath of fresh air. Many fans may have felt that the Eagles were already fine with RB’s Miles Sanders, and Boston Scott. I on the other hand, wrote in my Pre-Draft Preview, that real depth was a big concern.

Sanders is the lead dog here. There’s no question about that. While the Eagles may include some RB-by-committee aspects, you can expect 66 to 70% of the RB carries to go to Sanders. Other RB’s will get a nibble here and two nibbles there. Which is fine. The issue before Clement signed was, what happens if Sanders goes down with an injury?

Everyone remembers Scott’s crazy three touchdown game vs the giants last year. More specifically, they seem to only remember the touchdowns. That day he had 19 carries for just 54 yards, averaged 2.8 per tote. We saw during extensive work, that while he works well in space, his body type (5’6, 203) isn’t suited to a major workload, over multiple games.

Clement (5’10, 220) has the body type, the skill set, scheme familiarity, and the explosiveness to step into that role, and be an every down RB, if needed. Honestly, if not for his injury history, the Eagles might have a hard time holding onto him. At this point he’s still 25, and a couple of healthy years could earn him at least one big contract in his career. We just have to see if he can earn the money. But Sanders, Clement and Scott sound nice, right? Not so fast. 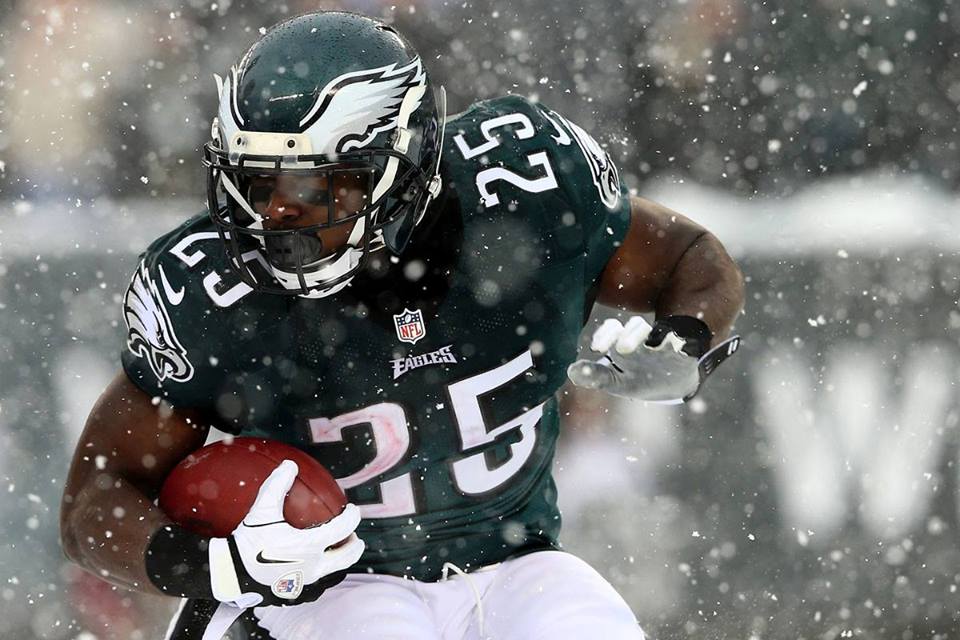 For what it’s worth: Nobody on the team has been assigned the #25.

While I still am, and have always been, a huge Clement booster, the Eagles would be remiss not to bring in a veteran. We need a veteran presence in this young group. The veteran names I keep reading about, are RB’s LeSean McCoy, Carlos Hyde, and Devonta Freeman. I’m good with McCoy and Hyde, but I’m a lot less bullish on Freeman. A lot less.

This isn’t to count out RB’s Elijah Holyfield, and free agent rookie Mike Warren. Both are “angry” runners and we need a guy who can bang inside. In fact, my ideal depth chart has us keeping 4 RB’s: Sanders, Clement, (speculatively) McCoy, and Warren (in a coin flip). That’s four credible load carriers, all of whom are a problem when they catch a Screen pass. Yes, even the rookie. (Did you not see him on my Wish List this year?)

I’d squirrel away undrafted rookie Adrian Killins (5’8, 164), on the Practice Squad. Killins travels faster than gossip, so the idea would be to develop him more as a returner, and see if he could transition to WR. That said, he has no business picking up blitzing LB’s, or running between the Tackles. Holyfield would also find a spot here as the true RB in reserve.

But what about Boston Scott? How do we cut a guy who performed the way he did at the end of 2019? The simple answer is to keep five RB’s, which the Eagles won’t do. The other answer is to not have a real veteran presence. How key was a veteran presence at RB in 2017? Nobody can get you there, like somebody who’s been there. And of course we need someone who can bang.

In any case, the signing of Clement puts the Eagles in the driver’s seat in terms of what kind of options they wish to pursue. With the signing of one guy we just turned an area of worry into an area of strength. And you remember what happened the last time he stayed healthy, right?