EAGLES ARE AFRAID TO SAY…

INJURIES are now the norm. This is an issue that the Eagles have avoided discussing. Initially as a fan, I gave them the benefit of the doubt on this. However, now their lack of mentioning it, now feels too deliberate to ignore.

Eagles players spend far too much time being unable to show up and do their jobs. If you missed time at work like Eagles players do, your job would be looking to replace you. One of the axioms of the NFL is “The greatest ability, is availability.” Well fellow fans, our team stacks up poorly in that department.

Understand, this is no way an indictment of our players. Nobody wants a torn this, ruptured that, or any of their muscles tearing away from a bone. Yet that’s what we have on this roster. Throughout this roster. Regardless of position or age. And it’s been going on for years now.

I understand Head Coach Doug Pederson’s loyalty to the coaches on his staff. He deserves the chance and reserves the right, to go to bat for his guys. However, not taking a hard look at a couple of coaches, may negatively affect the entire staff, when everyone gets shit-canned, due to annual and systemic under-delivery. It could also undercut young and promising careers, for coaches as well as players.

There could be an argument made that perhaps our Strength and Conditioning department is less than competent at keeping our players strong and in good condition. Then again what does a guy like me know about football conditioning? Especially vs a group of top experts.

Hey! Speaking of experts at the top of their field, did anyone notice that our Strength and Conditioning Coach is essentially a dietitian? Also his Assistant S&C Coach, is a big, fat, round guy? No really. That’s going on. Right now.

DT Timmy Jernigan and LB Nigel Bradham. WR DeSean Jackson and RB Darren Sproles. These are the guys in charge of making sure that those players are ready to go every week: 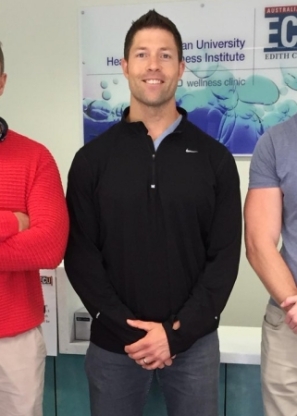 The S&C coach for the Eagles, was the S&C assistant for a year in Jacksonville, before we brought him here. For four years before that, he essentially made smoothies and planned menus (2009-11 college, 2008 Atlanta Falcons.). There are literally more pictures on-line of his wedding, than there are of him coaching.

The assistant (not just strength, but conditioning) would probably die of a heart attack if he attempted to jog a lap with the players.

Our roster is now a reflection of a department that doesn’t pass the eye test, and then proceeds to fail every relevant test that follows that. It’s gotten so bad that it may now affect our playoff chances.

Something needs to be done. Is Pat Croce doing anything?