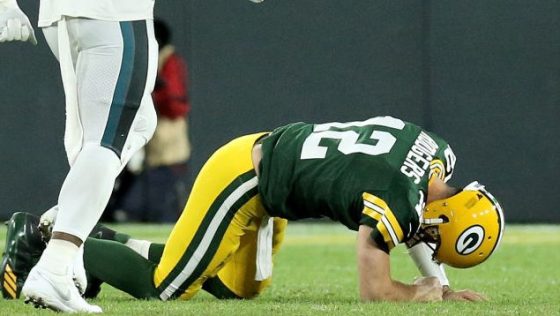 THIS time we won. Yet again the defense allowed 27 points for the third time in just four games. Yet again the Secondary allowed the opposing QB to get passes off quickly, before our pass rush could apply consistent pressure. What? You thought this would be all rosy and complimentary?

In any case, we won. 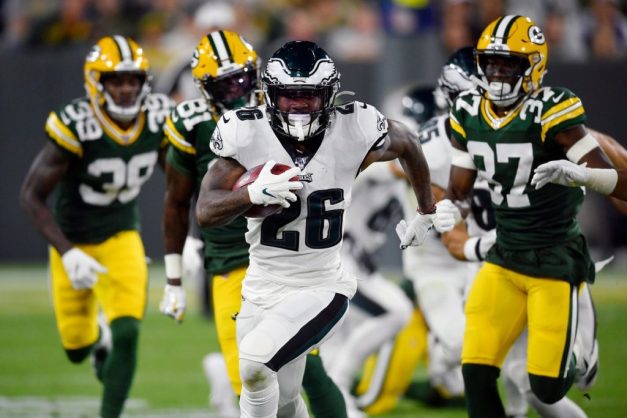 One of the most pivotal points of the game was DE Derek Barnett (3 – 1 – 0 – 1) forcing a fumble on the games only sack. To this point he has not produced like a first round pick, and so it was nice to see him show up and make such an impact play in this game. OLB Nigel Bradham (4 – 0 – 1 – 0) has two passes hit him in the hands, but he made sure he caught the second one, which salted the game away.

1) Work the body to bring down the head: Boy did we ever! There were some outside running plays, but for the most part we ran mostly from Guard to Guard. When you do that, it takes the starch out of any interior pass rush. It also pulls that extra Safety within 5 yards of the line of scrimmage. Showing we can run inside now, sets the table for explosive plays later when WR DeSean Jackson comes back from injury. Hell, it helped WR Alshon Jeffery (3 – 38 – 12.6 – 1) almost make a few plays, despite still being a little gimpy. (DONE) 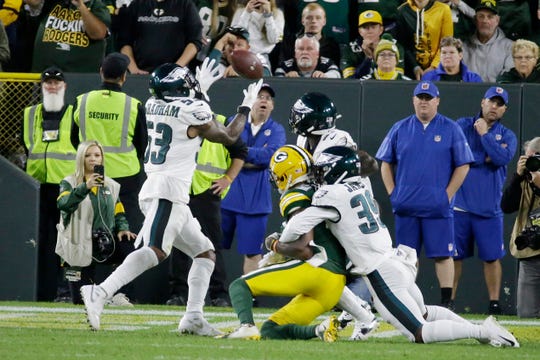 4) More 2nd down play-action: The Eagles seemed to run play-action on any down that wasn’t second down. We got away with that in this game, but really second down is the ideal time for that ploy. (NOT DONE)

That brings this weeks Four Things tally to 3 out of 4, and the season’s numbers to 6 of 16. Now we get 10 days to use as a sort of Bye week. Guys can get some treatment and maybe take a couple of days to get away, go see family, spend a couple days in pajamas… After which, we come back and get ready to build some momentum vs the Jets. Regardless of whether or not their diseased QB is back.

Outside of me, not many people thought the Eagles could beat the “undefeated” Packers team. After looking at how the Packers came by their wins, it was clear that their record was less about them being good, and more about their opponents (Chicago, Minnesota, and Denver) owning the 29th, 31st, and 24th ranked passing offenses.

Details MATTER. Ignoring details is a recipe for having disasters, and repeating disasters. This is why I always say that context is important.

As far as this win goes, the bad news is, our Secondary was exposed on national television. The good news is, most of the victimizing of the CB’s was with no Safety help in the Single-high look. The great news is, unless DC Jim Schwartz is retarded, this has to mean an uptick in Cover Two, Tampa Two coverages.

Help for our pass rush, might be on the way.

Side note: When the fans at the game were chanting “Troy sucks Buck!” why was there no mention of how classless those fans were? Had it been Philly or Buffalo, the announcers wouldn’t have hesitated to shit-talk the fans.