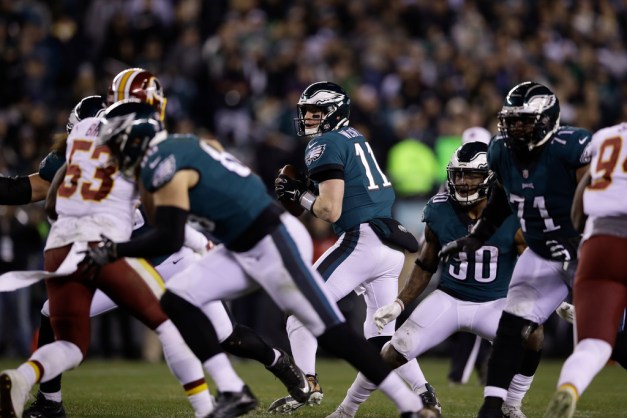 TWO in a row! Shouldn’t be a big accomplishment, and shouldn’t be happening for the first time for this season, this late in the season. That said, we dug ourselves a hole and now we’re pulling ourselves out. We’re fighting. We’re either going to beat whomever is in front of us, or they’re going to have to beat us. ‘cuz we ain’t layin’ down for nobody.

Much will be made of how the Redskins were missing their starting QB, lost their back-up QB, were missing both starting Guards, and have lost a host of skill positions players. Boo-hoo. None of those guys play defense. 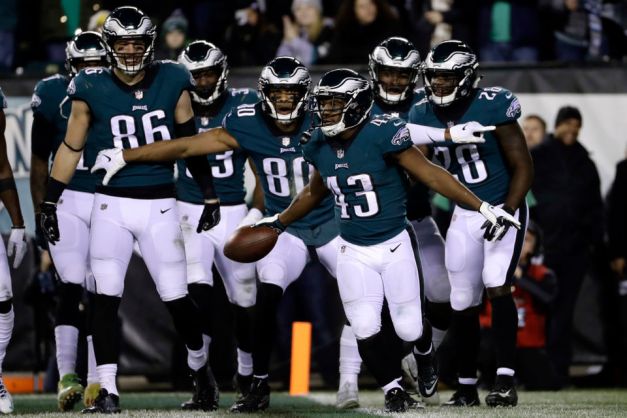 I’d also heard the Redskins were hard to score on. We hung 28 around their necks, while allowing zero sacks, and converting 53% of our third downs. WR Golden Tate (7 – 85 – 12.1 – 1) led the team in receiving yards, catching all seven balls thrown his way, and a two point conversion.

I don’t know if anybody noticed, but CB Rasul Douglas (6 – 0 – 0 – 0) is playing like there should be a conversation about whether or not to keep starting him. His stat line doesn’t show how aggressive he was in run support, wrecking screens and understanding his role in the defense last night.

Just because I couldn’t think of any place to fit it naturally in this article, I’m going to place a mention here, of LB Nate Gerry (2 – 0 – 1 – 0) with the diving interception last night. Gerry hasn’t always looked great filling in at MLB, but he’s had a couple of moments. I’ve gone from giving Gerry’s drafting an F grade, to saying that he (and other young LB’s) need to get some defensive snaps this season, to NOW saying that the guy is doing better than any fill-in MLB we had last year. He’s still a tweener OLB/S though.

1) Neuter their defense: The idea was to have TE Zach Ertz (9 – 83 – 9.2 – 0) work the edges and pull an OLB with him, to diffuse the Redskins pass rush. While Ertz did work the middle and saw quite a bit of Safety attention, he also caught a few balls on the perimeter and at times had OLB Ryan Kerrigan (2 – 0 – 0 – 0) on him. That softened the defense and allowed us to run the ball effectively. DONE

4) KISS on Defense: With the exception of that one touchdown run, our guys stayed at home, trusted their eyes, trusted their teammates, and executed solid assignment football. In particular I can think of two plays, one by Rasul Douglas and one by CB Cre’Von LeBlanc (3 – 0 – 0 – 0) that involved both players staying in their zones and making the open-field tackle. Football is blocking, tackling, and doing your job. It’s very simple if you keep it simple. Stupid. DONE

This week we smashed ass with a 4 of 4 Four Things score. I’m telling you, when they read these articles, we don’t lose! Just sayin… That brings this years tally to 21 of 48, so far. Next week vs Dallas, we get the Clubber Lang vs Rocky re-match. Watch Rocky III and you’ll see that it fits this very situation to a (Mr.) T.

The swagger isn’t back yet, and that’s fine. Second place is no place for swagger. The work ethic never left. The love never left. Because of that, the resilience is back. That resilience showed when we got punched in the mouth in front of the nation.

That 90 yard run was a punch in the mouth. We took it, and we shook it off. Then we proceeded to bury our opponent. Nothing about that 28 – 13 score indicates that we we ever trailed 7 – 10.

Last year we took this division outright. This year we have to scrap, and scrape, and claw if we’re to get it back. Step one was maneuvering into position. Step two is actually getting to the top.

Once we’re there. We’ll start talking about how to defend our throne from teams like the Rams. This isn’t about any one game. It’s about taking the long view. It’s about not losing focus on the REAL mission.

But one step at a time. 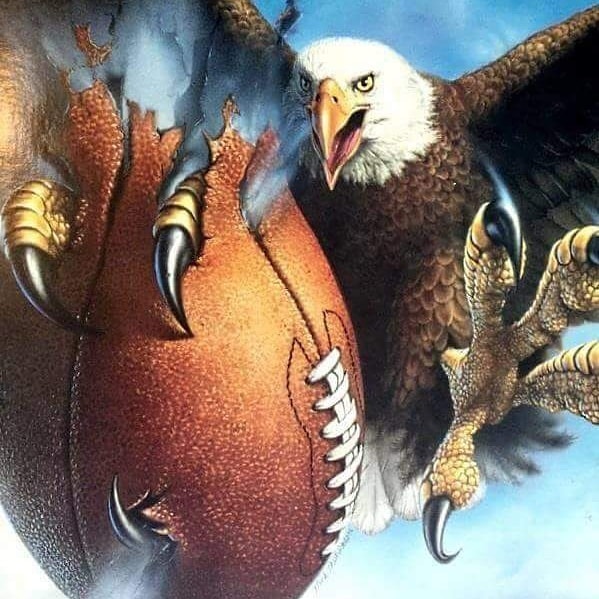