THE Eagles never fail to surprise me with a handful of personnel decisions every year. Nevertheless, I rarely miss an opportunity to try and guess the 53 man roster. I’m never 100% right, but it’s just good fun. This is my take on what I think our roster should look like for the 2017-2018 season. Give it a look and tell me what you think we’ll look like in a week.

QB: (2) Carson Wentz and Nick Foles. (I don’t really see the Eagles holding onto 3 active QB’s to start the season. That may change as it wears on, but Week One, I expect just two.)

TE: (3) Zach Ertz, Brent Celek, Trey Burton. (I liked some of what I saw from Billy Brown, but Burton gives us more versatility, which is awesome in a 3rd stringer.)

DE: (5) Brandon Graham, Vinny Curry, Derek Barnett, Chris Long, Steven Means. (I hate the idea of dropping Alex McCalister and possibly seeing him end up with a division rival. But you can’t keep everybody.)

OLB: (4) Nigel Bradham, Mychal Kendricks, Kamu Grugier-Hill, Don Cherry. (KGH and Cherry are mostly Special Teamers. If DE Alex McCalister were even half-decent dropping into zone coverage, a case could be made to shoehorn him in here.) 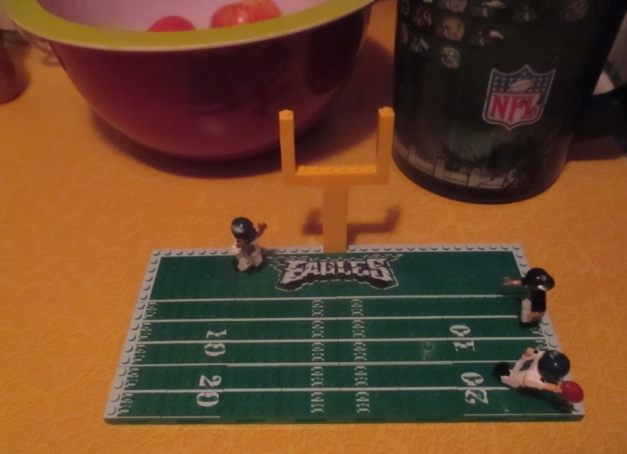