RUMOR has it that the Eagles need to draft a speedy WR. The idea is to give QB Carson Wentz a legitimate, defense stretching weapon to throw to. I have several issues with that assessment and how it was arrived at, but I’ll wait to address my beefs on that subject with tomorrow’s (already written) article. For today, I want to bring you the Good News and the Bad News. 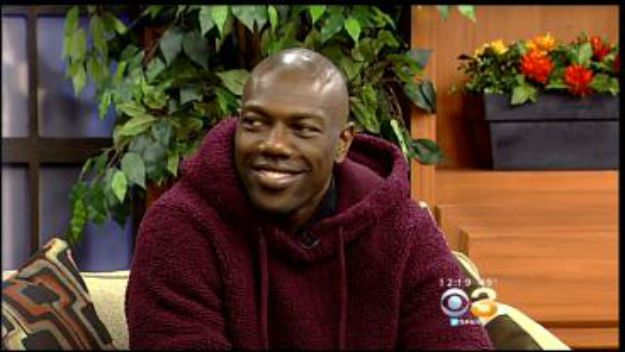 For anyone hoping that the Eagles draft a WR early, you will almost certainly get your wish. The last time we had a franchise QB (Donovan McNabb), the former offensive lineman who coached this team (Andy Reid), took forever to get his QB a real WR (Terrell Owens). The very year that he did, the QB had the best year of his career and we went to the Super Bowl. A year later, the team ditched the WR and began to slowly deteriorate.

The current Head Coach (Doug Pederson) and Offensive Coordinator (Frank Reich) both used to be NFL QBs. Both men know the importance of a good WR for a QB, and they will waste no time in getting Wentz someone to play catch with. So be prepared to celebrate drafting a WR early.

The 2017 Draft is dreadfully short on genuine speed, so this year that trait will be at an even higher premium than usual. Even after we were eliminated from playoff contention, our team prioritized winning games over improving our Draft position. The result was that we fell from the 8th spot to the 12th spot in each round after the 1st round. In the 1st round we get Minnesota’s pick, which is 14th overall. Teams ahead of us that also could use WR help: Cleveland (picking twice), Chicago, San Fran, NYJ, Carolina and Buffalo.

That’s not saying that all of those teams will take a speedy WR. It just means there is more demand than supply. So in order to get into position to get the WR we need from the Draft, we’ll likely have to move up. Put another way: We’ll likely have to overpay this year, to pair a WR with the QB we overpaid for last year.

That is unless we wise up.

GM (I’m calling him that) Howie Roseman said that we’re not doing “band-aids”, which he was using as shorthand for a getting a high-priced Free Agent. While that should put to bed any rumor of signing DeSean Jackson, it doesn’t have to mean that we will completely avoid signing a FA WR.

Already there are rumblings that we may be interested in Dolphin WR Kenny Stills. That would be an absolutely solid move to make. He’s 24, has the speed we’re said to need, and he’s a proven NFL veteran.

One FA name you aren’t hearing about, is Viking WR Cordarrelle Patterson. He’s been criminally underutilized for years, serving primarily as a killer KR for a borderline team. He’d likely welcome a more prominent role and the type of contracts that come with it.

These are examples of moves we could complete well in advance of the Draft. It would save us a high draft pick, but more importantly, Wentz would have a proven vet to work with. Otherwise we’re risking the development of our franchise QB, on a highly drafted rookie that we hope won’t be the next Nelson Agholor.

Here’s hoping the Eagles bring us some Good News.