WEIGHING IN ON TRUMP 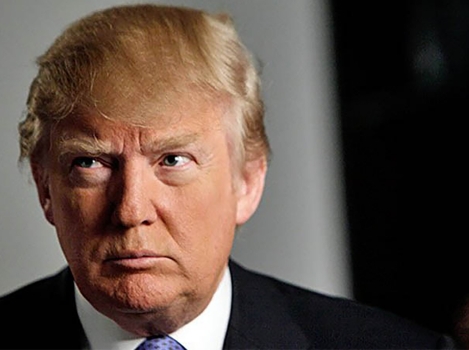 TODAY I want to discuss something not football related that’s been on my mind for a while now. Specifically that would be this Presidential race. (If you don’t care to read about this subject, don’t whine about it, just don’t click the story. Be a grown up.)

There’s a small, sick part of my brain that wants to see what things would be like if Donald Trump is elected President. Not in terms of Washington’s political fallout, or the national media’s coverage of him. What I’d want is to keep an eye on anyone who I found out voted for him. Basically to watch the decline of a person who enthusiastically caused the demise of themselves and/or their beloved family.

The people who think that he can “make America great again” are exactly the sort that will get caught in the undertow of his policies. Right now they’re looking to vote for a guy who hopes to win on his crass style, because he lacks the ability to even talk about their issues. I won’t get too deep into why his crassness isn’t a turnoff for those voters. It suffices to say however, that if you lack grace, class, and dignity, you are likely incapable of recognizing those qualities or lack thereof in others.

I’m already preparing for what I’ll do if he gets in office and food prices skyrocket due to his isolationist stance on trade. Or if hundreds of millions of tax dollars get spent on a wall to keep out Mexicans. It’s a good idea, right? Sure. Unless they come through the tunnels that drugs move through. Or if they come in by sailing up the Pacific coast. Or are smuggled in. Or bribe border patrol agents. Basically all the stuff that they already do today. But that wall tho!

My point is, his voters don’t think things through. Unfortunately for them, that very flaw is what will cost them if he’s elected. Seriously. What is Trump University, besides a course to teach sharks how to fleece poorly educated suckers out of their property. Hold on now! Who are Trump’s voters mostly comprised of again? It’s almost comical, right?

Me personally, I’m a registered Independent and a Progressive. Progressive is a movement started by Republican Teddy Roosevelt, but is touted today primarily by Democrats. That’s because Republicans seem to be in a race to show America which one of them is the most stuck in 1955.

The funny thing about Conservatives is that the root word is “conserve”, which means to keep something the same. In a changing world, America staying the same is how everyone was able to pass us and leave us behind. If his voters truly believe America isn’t as great as it used to be, then “keeping it the same” won’t return us to glory. They need to make progress. They need to be progressive.

A Trump voter however, would read that and still fail to make the connections. In anger they’d call me a Liberal or some such nonsense, and for my part, (though I’m not a Liberal), I wouldn’t argue. I’d just sit back, smile, twiddle my thumbs and wait.

I seriously hope he doesn’t win, (and I think Clinton was a better suited candidate 8 years ago than she is today), but even if Trump does win, I won’t be fleeing to Canada. I will simply supplement my income by finding some of his supporters to fleece. After all, why should a Trump presidency hurt anyone besides his voters?

Don’t be afraid of Trump, America. Just be prepared. After all, we’ve been through crazy before, right?