NOBODY quit. No matter how bad it got. No matter who was hurt, no matter what the situation was when they got injured. The fight never left this team.

I feel pride and anger for this bunch. Obviously, I’m proud of what they accomplished in winning the division. I’m angry because they deserved a better ending than the one they got. It’s funny. I wasn’t angry during or immediately after the game. But now? As I sit here and do the autopsy, I see the scars, and the wounds, and the sacrifices laid bare before me. This isn’t anger. This isn’t anger at all. It’s sadness. 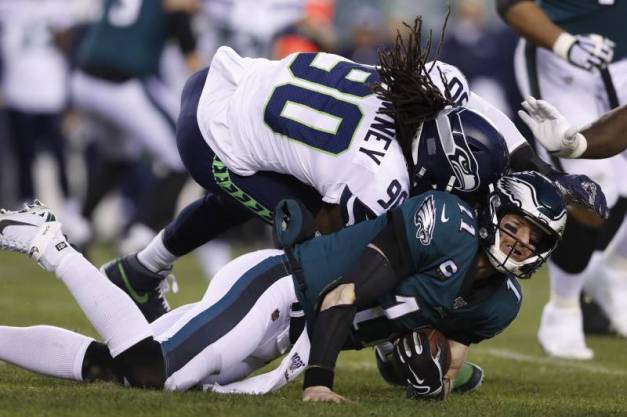 We lost QB Carson Wentz (1/4 – 25.0% – 3 – 0 – 0) nine minutes into the game, to a helmet-to-helmet hit, where the defender then dropped all of his weight onto Carson, driving his head into the turf. That means there were two penalties on a play that could have resulted in an ejection. No one so much as reached for a flag. 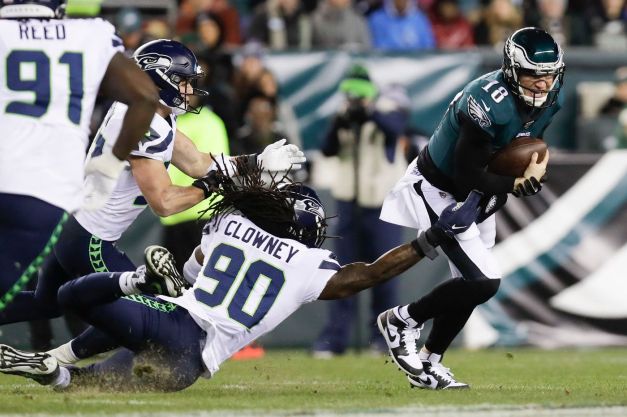 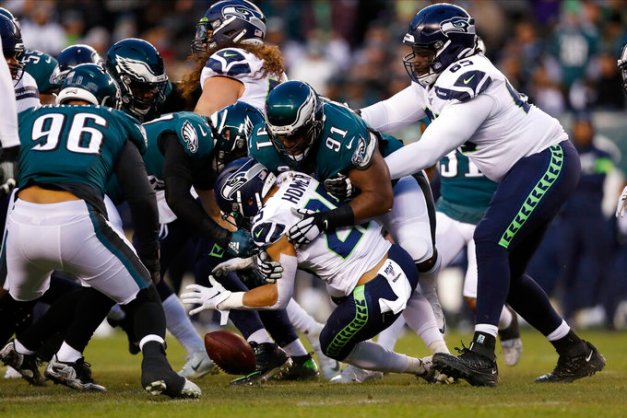 The Defense played as well as they did during the season, but with no offensive support, you can’t expect miracles. DT Fletcher Cox (3 – 0 – 0 – 0) played a far more dominant game than his stat sheet reveals. He spent all day running over, through and past Seattle’s interior linemen. If we understood the concept of contain, the defense could have won this game singlehandedly.

1) Keep them in their base: This happened, but I’m not sure if we triggered it, or their injury issues helped them play into our plans. In any case, they stayed in a defense that we had a legitimate chances against, all game long. (DONE)

2) Keep contain: HA!!! This, even more than Wentz’s injury, is what cost us the game. Their QB is at his best, when he can get outside of play design, because free-form offense breaks down defenses. Our DE’s were far too inconsistent with their rush depth and rush angles, which allowed Seattle to convert long third downs all game long. (NOT DONE)

3) Be the aggressor: That went up in smoke when the playbook had to be simplified to accommodate McCown. We leaned heavy on a handful of plays, where the only times it seemed the ball was in the air for more than 8 yards, was on a few passes to TE Dallas Goedert (7 – 73 – 10.4 – 0). Everything else was dink and Dak. (Sorry, force of habit.) (NOT DONE)

This game’s Four Things score is 1 of 4. Thus players clean out their lockers tomorrow. Some for the last time. 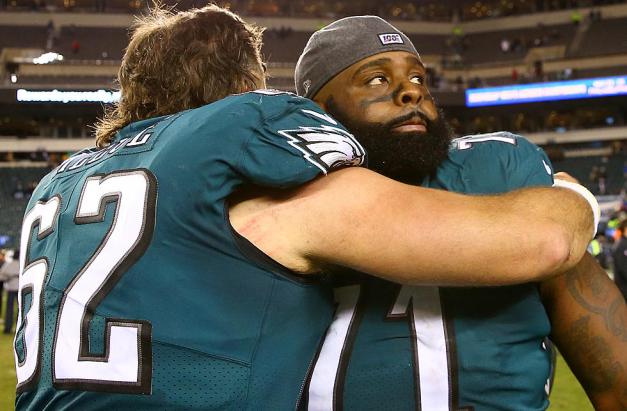 With the Eagles it’s a number of small things. And we saw them made manifest on the field in this game. Things like a lack of contain, receivers schemed to run free in our Secondary, the lack WR help in a passing league. There are a number of things that need to get cleaned up on this team.

Not going to get into that yet. Instead, I’m going to put out a LONG overdue Rivals Report this week. Then I’ll take a couple weeks off, to start formulating my offseason outlook, and do some general site maintenance.