Disclaimer: This article contains more than my usual amount of profanity. I am so fucking JACKED for Sunday, you’d think I was playing!  I swear, this shit either needs a fucking outlet, or I’ll end up head-butting strangers on the street. This is my way of avoiding having to wear orange.

Our Eagles will not get help from anyone this week. There is no help coming. We are on our own. It’s US against the world. But that’s okay. Don’t matter.

Win and we’re in. Finishing this game with even one more point than the giants, puts us into the playoffs, there isn’t a fucking thing anyone can say or do to change that. Not anyone. We simply need to handle our business.

What about the giants? What are they playing for? What are the stakes for them? Who gives a shit? Fuck ‘em. We simply need to handle our business.

So let’s talk about the Four Things we need to focus on this week versus the giants:

1) Protect the QB: Protecting QB Carson Wentz doesn’t just mean keeping him in the pocket. It also means getting him out on bootlegs, to stymie pass rush scheming. It also means using frequent play-action to make rushers look, before committing. It also means on third and long, a RB needs to stay and help RT Halapoulivaati Vaitai on rushers who step outside, and then work back inside. It also means that if we get up by 16 o more, Carson comes out of the game in the second half.

2) Take away Barkley: RB Saquon Barkley has rushed for a 301 of his 911 yards, in the last two weeks. In both of those games, he’s seen 22 or more carries. They are the only such games he’s had this season. Over that span the giants have scored 77 points. So, they will come in feeling like they have something to hang their hats on.

Take that away from them. Their last two offensive outputs have been keyed by their ability to rely on Barkley. We have to take him away, and force them back into the wilderness of no go-to player. If we can shake their confidence, with no tomorrow to play for, a good deal of their veterans will emotionally check out.

3) Vary our attack: A few weeks ago, we taught the giants that RB Boston Scott is poison to their coverage scheme. Because their pass rush comes from their OLB position, they’ll be susceptible to Screens passes all day. So, we should rely on those. Except this time, we should add a few backside Screen passes to TE Dallas Goedert.

We should key them off of play-action to RB Jordan Howard, going away from the play. If we run that with 21 personnel, it almost can’t be countered by their 3-4 scheme.

If they bring down a Safety to play Man over the TE, we get one-on-one on at least one outside WR. If they push out to a primarily Zone look, then we get room to run the ball inside, or throw short passes to the Flat. But it all comes off of that TE Screen. Same Screen concept as last time, but with a TE added to the mix this time. 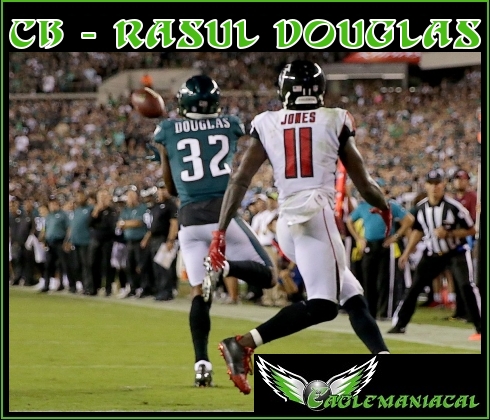 4) Hold auditions: With CB Ronald Darby on IR, an open audition needs to be held for his spot. Give a quarter to CB Rasul Douglas, and a quarter to CB Sidney Jones, with the understanding that the guy who makes the most plays, gets the whole second half.

In our last meeting with the giants, we let WR Darius Slayton go off, on some Hercules, He-Man type bullshit. 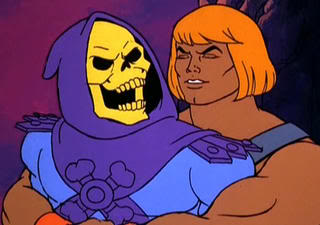 He was out there putting our Secondary on milk cartons and posters, at will. FS Rod McLeod was under Amber Alert. And when Darby got back to his locker, he was greeted by candles and stuffed animals, left in memory of his talent. It felt like we celebrated our victory with a wake. (Not really, but you get the point.)

Slayton is a little dinged up this week, but that’s not the point. The point is that we can’t let any of the giants receivers romp and frolic in our wilderness, this time. We need to find a CB who says “Not on my watch” and enforces it.

Were TE Zach Ertz not nursing a broken rib, I’d call this an automatic win. However, Ertz will either be out, or play a limited role mostly as a decoy, running the TE (B) routes, with Goedert running the TE (A) routes. That will change how both Wentz and the Offense functions.

Upon qualifying for the playoffs, we won’t get a Bye week, so it’s wise to put as little additional wear and tear on our Starters, as we can. That thought has to be part of HC Doug Pederson’s thinking process this week. We need to put this game out of reach quickly, and then sit our Starters. So, look for Wentz to try to involve his WR’s by taking big shots early.

The giants defense is ass. They were ass when we beat them a few weeks ago, and they’ve only grown more shit-caked since they cut CB Janoris Jenkins for playing Twister in the rain.

In the last two weeks they’ve allowed the Dolphins and Redskins to put up 55 points, and 7 touchdowns, against just one takeaway (fumble.) So, don’t expect much defensive resistance if we come out swinging.

The giants QB will get the green light to air it out, so expect to hold your breath a lot. Unless we’re down in the second half, don’t expect any sort of creative pass rushing. Four man rushes with a lot of faked blitzes. We might bring three or four, but unless we need it, expect a vanilla, almost preseason sort of Defense.

Our under-manned Offense will be expected to carry the day in this one. Since the giants defense is so bad, we should pull it off unless we suffer a defensive cave-in.