PASS rush is literally that. The idea is to force the QB to rush his process, so that he makes a costly mistake when he passes the ball. Right or wrong, defenses now seem to make hurries the point of their pass rush.

Last year the Eagles led the NFL in hurries. The unofficial number is 271. (I think.) As a result, we were 4th in the NFL with 19 interceptions. Those seem like nice numbers, but there’s tons of room for improvement. Fact is, we left a lot on the table last season. We need better production in 2018.

While I can’t find an official stat anywhere, word around the campfire says that the Eagles blitzed less than most NFL teams in 2017. We were also 15th in sacks, with just 38 through 16 games. Seems like we were more thunder than lighting last year, and teams are bound to notice that.

We got a lot of pressure from rotating in fresh pass rushers last season, but teams are going to be ready to handle that better in 2018. So we need a new wrinkle. That new wrinkle should be that we don’t just show blitzes anymore. Now we bring them.

Better than hurries, are sacks or sack/fumbles. Those result in downs that the defense wins clearly. Either because they either end drives, or make the next down harder than the one before it. (When we make 2nd and 4 become 3rd and 11, it feels great right?) 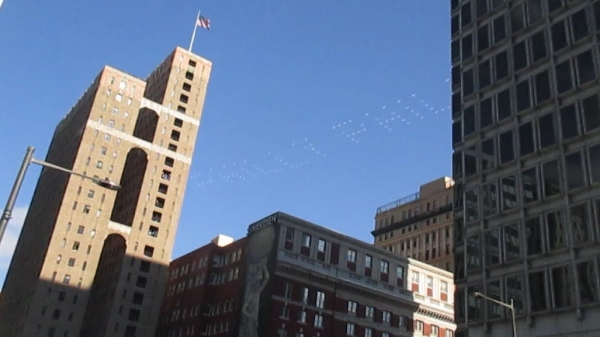 I won’t speak for you, but that parade made me hungry for another one. The cost for that is staying ahead of all the teams that will be coming for us in 2018. We aren’t underdogs now. We’re the hunted. We have a target on our backs.

So we need to strike back with more ferocity than last year. Don’t just hurry a QB. Don’t just hit him. Sack him. Take the ball. Put the other 31 teams on their heels, and keep them there. Stop faking the blitz so much, and just bring that bitch.