PROTÉGÉ vs Mentor. Doug Pederson vs Andy Reid. Two men who know how the other thinks. Two teams that began the season by making strong statements, both beating a team that seemingly had their number. Both looking to avoid a stumble in the race for their respective divisions.

Depending on how hard fought this game is, this is the sort of game and opponent, where even in a loss, a coach can extract legitimate moral victories as growth points. That being said, I want to talk about how we can win. The Eagles come into this game with more on the line than last week. A win this week puts not only the NFC East on notice, but also would show our young players that we’re ready to swap with elites.

So let’s talk about the Four Things we need to focus on this week versus the Chiefs:

1) Slow the rush: The Chiefs play a 3-4 where the thrust of their pass rush (like the Redskins), is generated from the OLB position. That means it can be defused in the same fashion. With a big ol’ dose of TE Zach Ertz applied early and often, it should be enough to ward off the sort of headaches that K.C. normally causes for QB’s.

2) Tick, Tick, BOOM: QB Carson Wentz needs routes to open up faster, so he can get the ball out of his hand quicker. Much of the harassment he suffered vs Washington, had to do with the fact that 4, and 5 seconds into the play, Wentz was still scanning for an open man. Those routes have to deploy faster this week.

3) No front-side blitzes!: QB Alex Smith is a cagey bastard. He’s savvy, and doesn’t rattle easily. Even worse, he can also run a little. If he sees a blitz coming, he has more than enough presence of mind to handle it quickly. Extra pressure needs to come from his blindside. We have to accelerate the clock in his head, and force him to throw short passes, instead of letting him feel comfortable enough to let deep routes unfold.

4) ImPRESSive coverage: CB Ronald Darby was the fastest guy in our Secondary, but I have a weird feeling that he may not play this week. (I don’t know, call it a hunch.) That said, our Corners must lay hands on WR Tyreek Hill. The guy is a burner, and if we just allow him clean releases into his routes, he will hit the jets and smoke us like Tyrone Biggums.

The most impactful players on KC’s front seven are LOLB Justin Houston (55) and LILB Derrick Johnson (56). The remaining five players are more like role-players than true playmakers. To disguise that, the Chiefs like to walk their ILB’s up to the line, to create confusion in the blocking scheme, and set up isolation match-ups. Like so:

While that gambit does create havoc quickly, I’ve noticed that it can also leave them vulnerable to off-Guard runs. Like this:

I’d dance a jig to see the Eagles run this play 3 to 5 times, but I have the sinking suspicion that we won’t see that. Instead we’ll opt to run it up the gut, where C Jason Kelce is no match for NT Bennie Logan. Unless the Eagles wise up, we’ll have to be carried by our passing game again. That passing game should be a lot smoother with Safety Eric Berry out of the line-up.

If you’re worried that the Chiefs will score at will this week, don’t. Alex Smith’s game last week was sponsored largely by the Patriots pass mush. (And no, that’s not a typo.) This week Eagles will come to town bringing the heat. So Smith won’t look at all like the guy from last week, who completed 80% of his passes and tossed 4 tuds.

The Eagles biggest hurdle in this game won’t be anything the Chiefs present. Nothing Kansas City does is hard to decipher or understand. Our challenge will be whether or not we’re willing to impose our will, once the game goes from being a chess match, to a wrestling match. For the Eagles that aspect is still a work in progress. 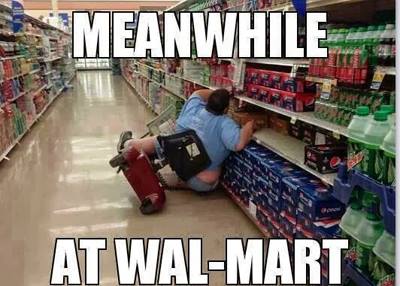