THIS was not a pretty win. Like last week, the Eagles broke the game open in the 3rd quarter, but unlike last week, the Defense played the entire game. This week it was the Offense who had trouble finding the stadium, as 20 of our 29 points didn’t come until after the half. K Caleb Sturgis (3/3 – 2/3) battling a leg ailment, missed an extra point that would have had the final score at 30 instead of 29. 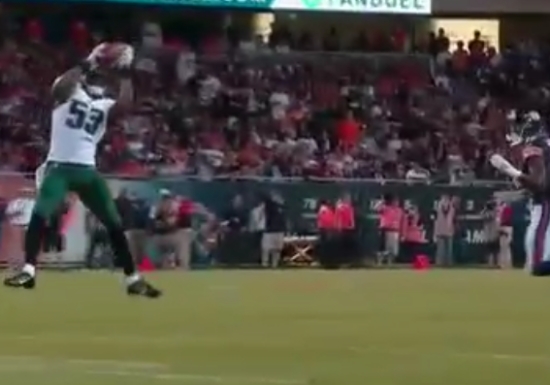 Hey, did you notice:

How easy it was to hear players cursing at each other out there. You could hear them yelling things like “That’s fuckin’ HOLDING!”