TWO BIRDS IN THE BUSH? 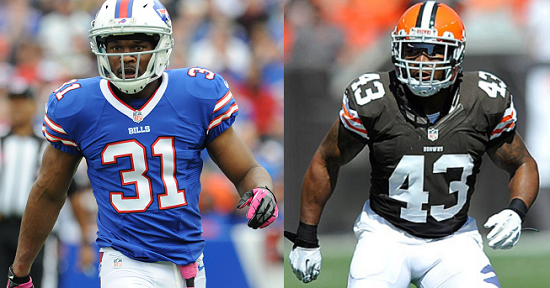 JAIRUS just might end up a Bird after all.

Between Jairus Byrd already turning down an offer from Buffalo that would have made him the highest paid Safety in the league, as well as saying that he thinks the Eagles are headed in the right direction, as well as his collegiate connection with Chip Kelly; if Byrd doesn’t intend to come here, at worst he’s certainly putting a spotlight on Philly for other free agents to do so.

Which brings up an interesting scenario.

With the Browns not having tagged T.J. Ward, he’ll definitely hit the market this year. With the Browns also being a perennial shit team, Ward may just be looking to go somewhere he can enjoy some success for a change.

So what if we could get them both? Why not?

Cap space? We have it. About  24 million dollars worth of space in fact. That’s even counting the new deals for Kelce, Peters, Cooper and Maclin. So the rest is for what, rookies and FA players, right? This would be that, right?

So why not swing for the fences?

3 comments on “TWO BIRDS IN THE BUSH?”